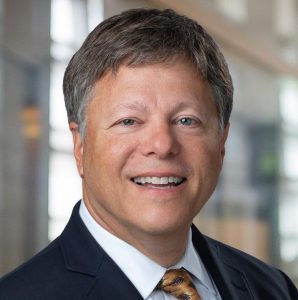 Steve Block is a Shareholder at Lane Powell PC in Seattle. He has over 35 years of litigation experience as a trial, transactional and regulatory lawyer in four state jurisdictions. His transportation and logistics experience extends to all modes (domestic and international maritime, trucking, aviation and railroad). It includes cargo litigation, international trade and border security law, defense of personal injury claims, employment, insurance coverage, and general commercial disputes. Steve represents transportation companies in regulatory matters before various state and local government agencies.

Steve served as the national president of the Association of Transportation Law Professionals in 2005-2006, as well as the president of its Puget Sound Chapter in 1999-2000. He is a Proctor in Admiralty member of the Maritime Law Association of the United States.

Steve has been named a “Washington Super Lawyer” by Thomson Reuters in the area of Transportation/Maritime since 2008.