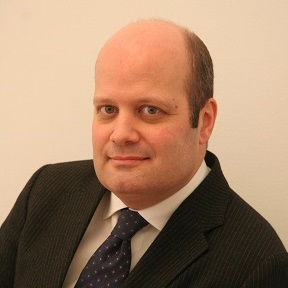 The CMR (Convention on the Contracts for the International Carriage of Goods by Road of 19 May 1956) came into force in July 1961. It has been ratified by the vast majority of European states and has influenced the interpretation of statutory provisions on domestic road carriage in many of these states. Although the Convention is intended to promote uniformity, Italian case law applying the Convention is peculiar in several respects.

Applicability of the Convention

The Convention applies to: “Every contract for the carriage of goods by road in vehicles for reward, when the place of taking over of the goods and the place designated for delivery, as specified in the contract, are situated in two different countries, of which at least one is a contracting country, irrespective of the place of residence and the nationality of the parties.” (Article 1).

Although the CMR by its terms automatically applies whenever the conditions set out in Article 1 are met, the Italian Supreme Court (Cassazione) has repeatedly expressed the view that applicability is not automatic, and is contingent upon the existence of an agreement between the parties. This agreement can be proven by a reference to the CMR in the consignment note, correspondence exchanged for the stipulation of the contract, or as held by a few recent decisions, an oral agreement confirmed by witnesses.[FN1]

The issue was quite relevant until a few years ago because the Italian civil code did not contain a provision limiting the liability of the carrier. In cases where the courts held Italian law applicable instead of the CMR, the carrier found itself unable to invoke limitation. Article 1696 c.c. now contains a provision applying the CMR limitation of liability to all international transports by road and therefore the limit of 8,33 SDR per kilo applies to transports where the applicability of CMR is disputed or doubtful.

The position taken by the Cassazione on this issue has been widely criticized by Italian commentators, Tribunals and Courts of Appeal have frequently dissented from it, and the court of Lucca[FN2] recently confirmed such a trend. The court pointed out that to the language of CMR article 41 “any stipulation which would directly or indirectly derogate from the provisions of this convention shall be null and void”, implies that the Convention operates mandatorily (i.e. regardless of an incorporation by the parties). The court reasoned it would be illogical if the parties could opt out of the Convention but were barred from excluding just some of its provisions.

The court found support from various decisions by French, English, German and Dutch courts, and the decision is so accurate and detailed that it no doubt will influence future case-law, and perhaps persuade the Cassazione to reconsider the stance taken thus far.

Limitation of Liability: Italian Courts are Unsympathetic to Carrier

Under art. 29 CMR a carrier is not entitled to exclude or limit liability if the damage is caused by wilful misconduct or by such default on his part as, in accordance with the law of the court or tribunal seized of the case, is considered as equivalent to wilful misconduct. In several jurisdictions “wilful misconduct” has been held to be tantamount to conscious recklessness, i.e., nearly equivalent to intent.

In practice a carrier can almost invariably successfully invoke CMR limitation of liability, and it is often insufficient for cargo interests to prove that the carrier was aware of the possibility that the goods could be stolen or lost, or that the carrier acted very imprudently and departing from the instructions received.

Under Italian case law, however, the test under article 29 CMR is more relaxed, and courts are often inclined to rely on circumstantial evidence, without carrying out deep investigations on the subjective evidence of the relevant individual. The overall position is that the carrier faces a greater risk of losing the right to limitation in Italy than in several other CMR jurisdictions. Italian case law, in fact, has analyzed such cases only on the concepts of fraud and gross negligence. The doctrine of wilful misconduct is still somewhat unfamiliar to Italian courts.

The notion of “gross negligence” (colpa grave) implies a degree of negligence lesser than the one envisioned in the CMR. But in establishing whether a CMR carrier is entitled to invoke limitation local Courts are often led to adopt parameters applied to domestic transports. Hence, there are decisions denying the carrier the benefit of limitation when the tribunal concludes the loss occurred as a result of the carrier’s “gross negligence.” These decisions appear quite severe and may be rather surprising by the standards of other European jurisdictions.

Gross negligence is generally established in cases of theft occurring in unattended car parks, or when the carrier has not adopted suitable security measures or is unable to clarify the circumstances of the loss/theft.

The Cassazione[FN3] held a few years ago that under Italian law gross negligence must be treated as intent, with the consequence that no limitation can be granted in case the carrier, its agents and employees acted with gross negligence. The Court reasoned that it is not necessary that the carrier was (or could reasonably have been) fully aware of the risk at the time the damage took place. The Cassazione concluded that the carrier’s right to limitation must be denied because the driver had delivered the goods to a warehouse accepting a receipt signed by an unidentified party, which the court found was gross negligence.

The position has been recently confirmed by the Court of Appeal of Florence[FN4] and the Court of Bergamo[FN5], and quite a few recent decisions available have denied the carrier the benefit of limitation: the Court of Bologna[FN6] found the carrier grossly negligent in a case where it had failed to clarify how and when goods had been lost; the Court of Nocera Inferiore[FN7] condemned the carrier on the ground that the theft could not be considered inevitable or unforeseeable, especially considering that the carrier was a professional subject to a specific duty of diligence; and the Court of Arezzo very recently[FN8] reached the same conclusions.

Under Italian case law, the time bar under article 32 CMR is suspended by sending a notice of claim expressing the intention to seek recovery of the damages.

It is controversial whether it is strictly necessary that the rejection is made by returning the documents attached to the claim, and it is a safe rule of thumb to consider that time limitation begins to run again whenever the carrier replies rejecting liability.

A few years ago the Cassazione[FN9] held that in case of rejection the claimant must serve a writ before the one-year anniversary in order to stave-off the time-bar, but a more recent judgment[FN10] has restored the previous position, confirming that the time-bar starts to run again after the rejection a new written of claim.

It is worth noting that it is questionable whether a time extension is effective: the CMR contains no provision in this respect (unlike The Hague-Visby Rules, for instance). Inasmuch as under Italian law (article 2936 c.c.) provisions of law establishing time limitations cannot be modified or extended by the parties, an extension of the period of limitation under article 32 of the CMR could be considered ineffective/void by Italian courts.