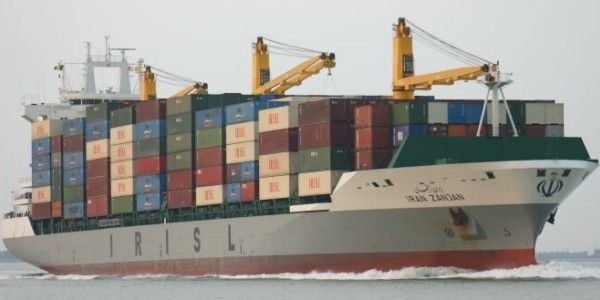 On March 27, 2014 the UN General Assembly adopted a resolution on Ukraine, which called upon States, international organizations and other institutions not to accept any change in the status of the Crimea and Sevastopol, and to refrain from any action that could be interpreted as an admission of any changes to that status. After some time the contours of Russian-Ukrainian relations are looming up clearer. Thus, a new status quo has emerged. However, the number of questions are not reduced, on the contrary, progress in resolving some problems creates a chain reaction setting in the agenda an increasing number of emerging issues that require solutions. Therefore, we’ll try to highlight a way to resolve one of the pretty painful relations in the field of maritime transport – ship’s arrival at a port in the occupied territory, using the example similar in the sort of way to the situation in the Crimea.

A Vessel’s Call at the Port of Northern Cyprus

The Republic of Cyprus was established by the Constitution of 16 August, 1960. This Republic emerged as an independent state as a result of a complex international political process of gaining independence from Britain, which culminated in the so-called “Zurich-London agreements” in 1959. According to the agreement, the UK, Greece and Turkey became guarantors of the independence, territorial integrity and security of Cyprus. In July 1974, with the support of the Athenian military that pursued a policy of “enosis” (joining the island to Greece), Cyprus attempted a coup. On July 20 1974 Turkey as the guarantor state brought 40,000th contingent of its troops on the island under the pretext of restoring the constitutional order and the protection of the Turkish Cypriots. .

On October 3, 1974 the Council of Ministers of the Republic of Cyprus announced ports of Famagusta, Kyrenia and Karavostasi terminal closed to all vessels. The Port Authorities Act 1973 was amended in such a way that the master or owner of the vessel, which arrives and departs from a closed port or comes to a closed port, or stays there in violation of the rules, shall be guilty of an offense and shall be subject to imprisonment for a term not exceeding two years or to a fine (now – no higher than EUR 17,086, seventeen thousand eighty-six Euros), or such imprisonment and fine together, and in the case when a ship is registered in the Registrar of Cyprus ships, the court may decide to remove the vessel from that registrar.

Despite the progress in resolving this political conflict, until recently, the masters of vessels entering the ports of the Republic of Cyprus after visits to the ports of Northern Cyprus, were under the threat of criminal penalties, including imprisonment and a pretty serious penalty. It is known that using the AIS, GPS and other means to trace the route of a ship is not particularly difficult today.

State Inspectorate of Ukraine on security in the maritime and river transport (Ukrmorrichinspektsiya) suggested closing the Crimean ports due to the inability to ensure the safety of navigation in their waters. At the request of the Ministry of Infrastructure and on behalf of the Ministry of Foreign Affairs of Ukraine, the Ukrainian Embassy in the UK has respectively informed the Secretariat of IMO, its Member States and representatives of foreign companies accredited to the IMO. The essence of this information is to advise that Ukraine can not ensure an adequate level of maritime safety and compliance with its international obligations to the safety of human life at sea, search, rescue, etc. at the ports of Evpatoria, Kerch, Sevastopol, Feodosia and Yalta. Indeed, the actual loss of control over the Crimean ports by the Ministry of Infrastructure of Ukraine in connection with the occupation and subsequent annexation of the Crimean peninsula by the Russian Federation, creates the situation with a high level of risk, both in terms of safety of life, health and property on the approaches and in the water area of ports in the Crimea. So can Ukraine be indifferent to this situation? Definitely not.

In Ukraine, the Law “On the rights and freedoms of citizens and legal regime of the temporarily occupied territory of Ukraine” was adopted on 15 April, 2014. This Act amended the Criminal Code of Ukraine with the Art. 332-1. The article defines corpus delicti as violation of the regime of entry into the temporarily occupied territory of Ukraine and exit from it. An essential feature of the subjective aspect of this crime is a special purpose: causing of harm to the interests of the state. The presence of such a goal is an attempt to diminish the potential of Ukraine in the economic, military, political, etc. sphere. The body of the crime is designed as formal, so that it is not necessarily for a guilty person to make actual influence to any component the capacity of the Ukrainian state. Just the one’s desire to diminish this potential is sufficient to prove the hostile attitude of the perpetrator to the state; however this attitude against Ukraine needs to be proved. It is also necessary to prove a violation of the rules of entry or exit to / from the occupied territories. These rules require, inter alia, for foreigners and stateless persons the availability of a special permit.

In this connection it is interesting to consider the widely discussed case with the m/v «Huseyn Javid», which after entering the port of Feodosia headed to the port of Illichivsk where she waited on roads, and then was gone, not standing for a day, yet the crew turned off the AIS transmitter. Public organization “Council of Public Security” addressed the Illichivsk transport prosecutor’s office to open a criminal case on this fact.

One may assume that there exists an offense. Let’s remember: ports Evpatoria, Kerch, Sevastopol, Feodosia and Yalta were closed by the order of the Cabinet of Ministers of Ukraine, as well as some other checkpoints across the state border of Ukraine (Order of April 30, 2014 № 424-r “On the temporary closing of checkpoints across the state border and control points”), so only the ship’s call to Feodosia is already an act that violates the order of entry into the occupied territory of the Crimea. However, the Criminal Procedure Code of Ukraine was amended so that the pre-trial investigation of the crime provided for in Art. 332-1 of the Criminal Code lies under the responsibility of the bodies of the Security Service of Ukraine. Thus, the public turned somewhat to the wrong address. Part 2 of Art. 332-1 provides only qualifying elements, and Part 3. thereof – a particularly aggravating feature, which is qualified by an organized group of persons. Qualifying features of Part 2 of Art. 332-1 of the Criminal Code consists of a preliminary agreement, repetition, and the subject of the crime – the official who uses his official position.

In Merchant Shipping, a large number of officials are employed who jointly decide on a ship’s entrance to any port, so in the alleged context Part 2 of Art. 332-1 of the Criminal Code will possibly apply, as Part 3. of Art. 28 of the Criminal Code, which defines the concept of an “organized group”, and is unlikely to be appropriate to the context referred to in practice.

Criminal sanctions are complemented with administrative responsibility. In particular, the Administrative Code amended with Art. 204-2. The objective part of this offense is virtually identical to the objective part of the referred crime – those are administrative in their nature relations in terms of inviolability of state borders of Ukraine. The composition of this offense is not inherently dangerous to society because when it is committed there is no specific goal – to harm the public interest.

Isolation of the Crimean ports from the international transport market is progressing. We can, of course, assume that the shipowners themselves pragmatically refuse port calls to the annexed Crimea. Of course, one can also talk about banning calls to the Crimean ports through Code ISPS (The International Ship and Port Facility Security Code). The fact is that even if the authorities of the Russian Federation or the local authority will be able to effectively ensure the safety of navigation in ports in the occupied territory, formally IMO as a specialized agency of the UN does not recognize the certificate of compliance with the Code issued to any ship or the Crimean port by the Russian authorities.

In connection with the situation around the occupied Crimea, a lot of legal conflicts arise. Given the complicated political situation and the complexity of private relations in the field of merchant shipping, it becomes clear that the legal situation in the Crimean peninsula is in need of a transparent legal settlement that could bring the necessary and sufficient level of certainty as to the legal regime for maritime business. When public and civil law complications develop, such resonances (or dissonance?) occur that foreseeing their legal effects, especially in the long and medium-term economic development is not easy. However, such efforts should not be left, as the level of life and degree of realization of the rights and freedoms of man and citizen depends of the development of the economy.