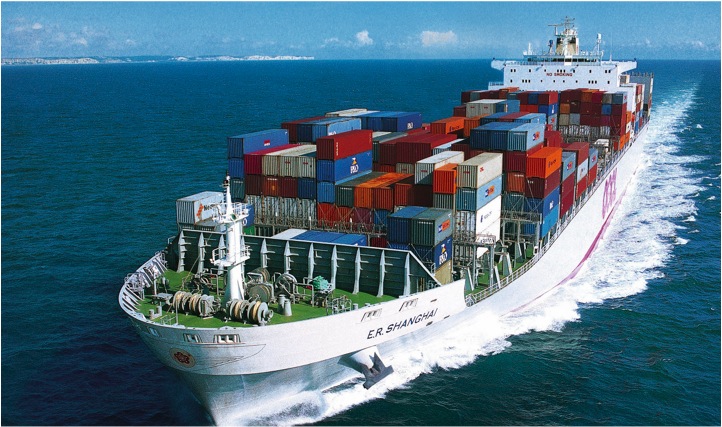 In the present case Popplewell J, with some reluctance, held that it did, following the earlier decision of the Court of Appeal in Agapitos v Agnew (The Aegeon) [2003] QB 556. Whether he was right depended on whether the rule whereby a fraudulent claim deprives the insured of any right to recover anything applies also in the case of ‘fraudulent devices’ – the expression used for the making of statements which are known by the insured to be untrue or which are made recklessly, not caring whether they are true or false, in support of a claim honestly believed by him to be good both as to liability and amount.

The Court of Appeal upheld the decision of the trial judge. On appeal there were two man issues in argument; the common law position and the effect thereon, if any, of the Human Rights Act.

A long line of authority, as cited by the Court of Appeal, establishes that if an insured makes a fraudulently inflated claim under the policy he forfeits any lesser claim which he could properly have made. An owner who claims $10 million, knowing that the claim could not possibly be worth more than $9 million recovers nothing. The rule, which was established by the early nineteenth century, was described by Mance LJ in Axa General Insurance v Gottlieb [2005] Lloyd’s Rep IR 369 as a special common law rule. It applies even if there is no clause in the policy incorporating it and is designedly draconian. It functions as a deterrent to the deception of insurers who, in the nature of things, will have no, or very little, knowledge of the incident which is said to give rise to the claim. Part of the rationale is that if lying to the insurers did not attract that sanction, the dishonest insured would enjoy a one way bet. In the example given, if the lie was never found out, the insurers might end up paying out $10 million. If the insured was found out there would be no effective sanction (at any rate where the claim did not come to litigation where costs penalties might apply). He would still recover the true value of his claim.

The rule applies to insurance claims but not to others. The claimant who suffers personal injury and dishonestly exaggerates his symptoms does not, save in very exceptional circumstances, lose his right to damages reflecting the true value of his real injury. Yet the defendant in such a case may be as ignorant as the insurer as to what injury the claimant has really suffered. The cardinal difference between the two circumstances is that the personal injuries claimant (like most civil claimants) does not owe the person who caused his injury a duty of the utmost (or any) good faith.

The juridical basis for the rule has been said to derive from that continuing duty of good faith in insurance contracts. That is the basis upon which it was explained to the jury by Willes J in Britton v Royal Insurance Co (1866) 4 F & F 905, 908 (“The law is, that a person who has made such a fraudulent claim [for twice the amount actually lost] could not be permitted to recover at all. The contract of insurance is one of perfect good faith on both sides and it is most important that such good faith should be maintained”). Willes J referred to the common practice to insert in fire policies conditions that they shall be void in the event of a fraudulent claim; and said that such a condition is “only in accordance with legal principle and sound policy”.

The duty stops with the commencement of litigation. When that happens a different regime applies, namely that of the Civil Procedure Rules and the court’s own procedures: The Star Sea [2003] 1 AC 469.

The harshness of the result of a fraudulent devices rule is most apparent when, as here, the Court has, in the end, determined that the claim is otherwise valid. But the rule is directed to an earlier stage. Fraudulent devices, as their definition shows, are used by those who think their use desirable in order to bolster a claim which appears to have potential weaknesses and to avoid or cut short lines of inquiry or investigation which might prevent or postpone the payment of it. At the stage when they are used it will probably not be possible to tell whether the claim is one that will in the end be accepted, or held, to be valid. The risk to the insurer is that the device may achieve its purpose, so that the insurer fails to explore the claim properly and pays out in respect of a claim where he may have a defence. If he does do so it will never be known whether, had he not done so, the result would have been the same.

The Court of Appeal held that there was a clear public policy justification for the rule as applied to both claims and devices. In either case its draconian consequence only applies to those who are dishonest. The importance of honesty in the claiming process is manifest. Most insurance claims get nowhere near litigation because insurers rely on their insured. It is true that, if the rule applies to claims and devices, insurers’ scope for asserting an entitlement to avoid will be greater than if it only applies to claims. But insurers are entitled to protection from either type of fraud and the scope of the rule should not be determined by the fact that unscrupulous insurers might assert a fraudulent device without good reason to do so.

A claimant who fraudulently overstates his claim recovers none of it whatever the size or proportion of the overstatement (provided it is not trivial). The drastic effect of the forfeiture rule is what gives it its deterrent effect and its justification rests on that basis.

Under section 6 of the Act it is unlawful for a public authority, which includes a court, to act in a way which is incompatible with a Convention right. Article 1 of the First Protocol provides that:

“Every natural or legal person is entitled to the peaceful enjoyment of his possessions. No one shall be deprived of his possessions except in the public interest and subject to the conditions provided for by law and by the general principles of international law.

The preceding provisions shall not, however, in any way impair the right of a State to enforce such laws as it deems necessary to control the use of property in accordance with the general interest or to secure the payment of taxes or other contributions or penalties.”

It was common ground between the parties that the Court should, so far as possible, develop the common law in a way that gives effect to the Convention or, as it has been put, to “weave the Convention rights into the principles of the common law and of equity”. The Underwriters accept that an amount payable under an insurance contract – a right which accrues at the time of loss – is a “possession” within the meaning of the Article and that forfeiture of an insurance claim is an interference that engages Article 1.

For that purpose it was necessary to consider whether the interference in question pursues a legitimate aim by means that are reasonably proportionate to the aim sought to be realised and strikes a fair balance between the demands of the general interest of the community and the requirements of the protection of the individual’s fundamental rights. The assessment of proportionality requires careful consideration of the particular facts.

The critical question, in the court’s judgment, was whether a bright line rule that the use of a fraudulent device which fulfils the conditions set out in above forfeits the claim is, looking at the matter overall, a proportionate means of securing the aim of deterring fraud in relation to insurance claims. This was not the same question as asking whether the consequence in any given case is proportionate to the relevant fault.

The Court of Appeal answered the question in the affirmative. It considered that once it is accepted that deterrence is itself a legitimate aim, the fact that forfeiture is a harsh, in some circumstances very harsh, sanction does not mean that it is disproportionate to that aim. The rule is only applicable in the case of fraud, from which no insured should have any difficulty in abstaining. The careless or forgetful insured is not affected, nor is the insured who tells some irrelevant lie or whose lie is not told in order to induce payment. These limitations on the scope of the rule rendered it, so the court thought, a proportionate response to the aim of deterrence of fraud, which crosses a moral red line and has a fundamental impact upon the parties’ relationships and may be difficult to detect.