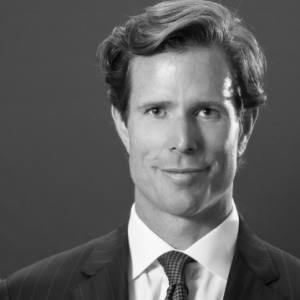 We represented Travelers Insurance Company (“Travelers”) in its subrogated action against a supplier of iron ore pellets that froze en route from Port-Cartier, Quebec to Toledo, Ohio. The Federal Court of Appeal upheld the favourable decision we obtained in first instance awarding Travelers a full recovery for amounts it paid out to Canada Steamship Lines (“CSL”) for damages sustained to the Right Honourable “PAUL J. MARTIN” (the “Ship”) caused while discharging thousands of tons of frozen iron ore.

The trial was complicated and involved numerous issues including: jurisdiction, foreign law, warranties of fitness for transport, mitigation, adequate notice, spoliation and to a limited extent, dangerous goods. This article will focus only on what we consider to be the most important issues of liability for damages caused by cargo, adequate notice and spoliation of evidence. We are attaching the judgments for ease of reference should you wish to review the courts’ analysis of any other points.

Travelers’ insured, AK Steel Corporation (“AK Steel”), purchased 29,000 metric tons of iron ore pellets (“Cargo”) from Arcelormittal Mines Corporation (“AMMC”). AK Steel also signed a contract of affreightment with CSL to carry cargo from Canada to the USA, which included the carriage of the Cargo. The Cargo was loaded on December 21st and 22nd in Port-Cartier, Quebec in balmy temperatures of          -18°C while it was snowing. Upon arrival in Toledo the crew discovered that a significant portion of the Cargo had frozen in the holds. The Ship is a gravity-fed self-unloader so cargo must be able to flow freely through gates at the bottom of the holds onto a conveyer system for discharge. If any part of the cargo is frozen, the self-unloader system cannot function. The crew tried several different and increasingly invasive methods to break up the frozen Cargo. They started with heaters, picks and shovels, but those efforts had little effect. Giant tires were then swung and dropped onto the frozen mounds, but they just bounced. The crew then used a steel clam and a 13.5-ton steel magnet to try to grab, scrape and break apart the Cargo. It took three days to fully discharge the Cargo and when all was said and done, AK Steel was left to pay a hefty bill for damages to the Ship and for demurrage.

In advancing its claim, Travelers blamed AMMC for failing to disclose that the Cargo contained abnormally high humidity levels. Travelers also relied on the contract of sale for the Cargo between AMMC and AK Steel which contained indemnification provisions whereby the former would indemnify the latter for damages caused by frozen cargo.

AMMC responded by alleging that CSL had improperly cared for the Cargo and that AK Steel had provided inadequate notice of the loss and thereafter spoliated evidence (a legal term meaning destroyed evidence) by repairing the Ship without inviting AMMC to participate in a joint survey.

IMPORTANT POINTS OF THE JUDGMENT

The most significant issue in this case related to the contest between the shipper’s obligation to ship cargo fit for transport vs. the care that is to be exercised by a carrier. Issues of adequate notice and spoliation were also important and will be discussed in turn.

AMMC breached its contract with AK Steel to provide cargo that had a typical moisture content of 1% and a maximum moisture content of 2.5%. When the Cargo was delivered FOB Ship’s hold, it had an average maximum humidity level of 2.8% thus exceeding the contractual upper humidity limit by 0.3%. AMMC contended that Travelers could not prove that the contractual breach of 0.3% caused the Cargo to freeze and AMMC should therefore be exonerated. AMMC and Travelers advanced competing theories as to the cause of the increased humidity level of the Cargo. Unbeknownst to CSL and AK Steel at the time of shipment, AMMC stored Cargo outside for more than six weeks. Travelers argued the high humidity resulted from this extended exposure to the elements. Conversely, AMMC alleged that the Cargo was fit for carriage and froze as a result of the weather conditions at loading. AMMC also contended that CSL should have been aware of the Cargo’s potential to freeze and never should have accepted it for carriage. An expert retained by AMMC pointed the finger squarely at CSL stating it should have: (a) taken better care of the Cargo at loading; and, (b) anticipated that the Cargo could freeze en route to Toledo and taken appropriate preventative measures.

At common law and under the Hague Rules, in order for the shipper to be liable for damages caused by its cargo, it must be shown that the cause of the damages results from the shipper’s fault or neglect. While AK Steel could not show that the specific contractual breach (the 0.3% humidity) caused the Cargo to freeze, the Court accepted that AMMC was responsible for the problems with the Cargo. This state of affairs would be different if AMMC could have conclusively established that CSL was or should have been aware of the risk of freezing. Justice Harrington did not accept AMMC’s submissions and held that the increased humidity level in the Cargo was solely due to AMMC storing it outside and exposed to the elements. He also held CSL could not reasonably be aware of the condition of the Cargo and that if anyone should have been aware of the risk of freezing, it was AMMC.

As a brief aside, the foregoing general obligations change if cargo is qualified as “dangerous goods”. In the case of “dangerous goods”, a shipper is held liable for damages caused by cargo even if it is not aware of the cargo’s dangerous propensities/characteristics. In such cases, a shipper’s liability for damages is strict. In order for cargo to be qualified as “dangerous” we must look not only to the cargo’s inherent properties, but also the context of the loss. There are numerous examples of courts qualifying seemingly innocuous goods such as peat moss, nuts and rice as “dangerous” depending on the circumstances. Travelers presented an alternate argument that the Cargo in question should also be characterized as “dangerous goods” because of its high humidity levels; however, given the Court’s findings on liability, it did not need to address that question.

Additionally, Travelers relied on the indemnification provisions in the AK Steel and AMMC contract. The Court agreed and held that the indemnification provisions constituted separate and distinct grounds to hold AMMC liable. Interestingly, after the Judgment in first instance was issued, the Supreme Court of Canada released the Decision of Saatva Capital v. Creston Moly Corp. That landmark Decision has changed the state of the law and requires appellate courts grant increasing defence to first instance decision-makers for questions of contractual interpretation on appeal. Litigants should be mindful of this new state of affairs when deciding to bring appeals based on grounds of contractual interpretation. Applying the principles of Saatva Capital, Justices Nadon, Trudel and Boivin of the Federal Court of Appeal had little difficulty dismissing that ground of appeal.

We now turn to the issues of notice and spoliation. Providing adequate notice of loss and preserving evidence following a claim is of paramount importance. In virtue of the contract between AK Steel and AMMC, the parties elected to apply New York law and adduced evidence from experts on the issues of reasonable notice and spoliation. AMMC argued it was not provided with adequate notice of the loss and that CSL spoliated the evidence by repairing the Ship prior to inviting AMMC to participate in a joint survey. As a general rule, the failure to provide adequate notice and the subsequent destruction of evidence can bar recovery for a claim or reduce it. In the case at hand, the Court held that since AMMC was aware of its breach of contract it was already on notice and could have called for a joint survey at any point.

The Court favoured a practical approach to the case and determined that given AMMC’s breach of contract and its awareness of the condition of the Cargo prior to shipment, the duty to notify the carrier of the Cargo’s characteristics rested with AMMC. AMMC was therefore held liable for all damages, demurrage and costs that resulted from its failure to ship cargo fit for carriage.

The most important lessons from this case are cautionary. Shippers and carriers have positive obligations to ensure cargo is fit for transport and it is only in specific and rare circumstances, such as the express contractual breach in the instant matter, that a party can sidestep the obligations to provide adequate notice of a claim and preserve evidence.