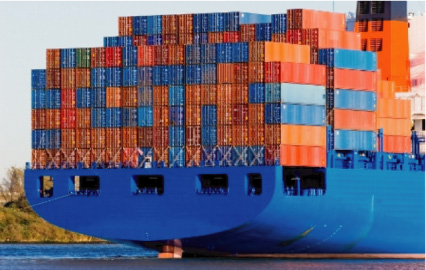 A carrier was held liable for damages to goods caused by lifting and humidity, when the goods were being stored and transported within the port area previously to shipping. The carrier and the consignor did not have an established agreement regarding the responsibility of the cargo, while it was stored in the port. The Norwegian court (Borgating lagmannsret) placed great emphasis on the fact that the carrier was the professional part in maritime transport.

The consignor was responsible for the preparation of the modular apartment to ensure that the goods were able to manage the transportation by land and sea without any damages.

When the modules arrived at the port of Leikanger it was discovered that they were damaged due to the lifting (that took place in the port of Drammen) and they had also suffered water damage. Thus, the receiver decided to take legal action against the shipper in order to cover the costs of reparation. The shipper opposed to this and argued that he was not liable for the damages. The Norwegian District Court ruled in favor of the shipper.

The court then ruled that the goods “without a doubt” were in the custody of the shipper whilst they were being stored in the port of Drammen. The reason for the ruling was that the consignor should have been informed by the shipper on the fact that the storage was at the risk of the consignor.

The shipper was responsible for water damage

The shipper was forced to compensate the costs of reparation for water damage. However, the court ruled that the shipper should not pay for the consignor’s legal costs since the conclusion regarding custody was a doubtful matter.

Thus, the Borgating Court of Appeal changed the decision of the District Court.

The judgment illustrates which criteria should be assessed when an agreement is non-existing and when it is to be determined which of the contracting parties has the goods in their custody.

For more information on custody issues, please refer to our previous newsletter regarding the case of the trailer that was parked in front of the freight forwarder’s terminal.