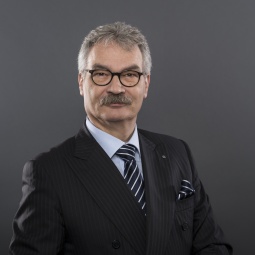 It was a little sensation when Switzerland as the first European county managed to close a free trade agreement with China. The FTA is in force since the 1th of July 2014, today, more than two years later, it is time to evaluate its value for the Swiss companies and the economy in a whole.

It is estimated, that as a result of the FTA about 95 per cent of the traded goods between Switzerland and China will be tax-free, some after a transition period of 5 to 15 years. Additional the parties enhanced the protection of the intellectual properties and intended to reduce the trade restrictions and to simplify the customs procedures.

After more than two years, the response of the involved Swiss players is overall positive. The exports to China have risen more than 2 per cent since 2014. Today China and Hong Kong together have a quota of 15.1 % of the Swiss export and the export surplus with China ads up to 24.7 billion Swiss francs. Of course there is room for improvement. In some industries the cost for the accreditations of their products became significantly more expensive and some processes took a considerable amount of time. The same could be said about the administrative obstacles for the acceptance of a proof of origin. As a result, some companies, in particular small business, decided to trade witch China without the benefits of the FTA. Some of these issues could be resolved but it will be the duty of the assorted committee that accompanies the execution of the FTA to continually survey the praxis of both parties. The next assembly of the committee will take place in 2018.

Either way, the potential market volume is immense and growing, which is why many companies intend to enter the market. In the experience of our clients, the Chinese consumers ask more and more for foreign products directly from the supplier. Of course there are certain risks and administrative obstacles, like for example the strict product liability and the systematic control of the direct shipments in China, to overcome if a suppliers intends to sell directly to the end consumer. This enhanced the importance of Chinese E-Commerce platforms like Alibaba.com, that offer several services and thereby some opportunities to lower the cost of and risks of the market entrance. For the moment there are particularly two different procedures to collaborate with those platforms: The direct shipment from Switzerland and the shipment to a store in bond. In both systems, the supplier sells the goods to the end customer and the transaction and payment is operated trough an E-Commerce platform. The difference lies mainly in the shipment costs and delivery time.

Based on the significance of the Chinese market, the effort to evaluate the possibilities can lead to new business opportunities. Nevertheless, companies are advised to thoroughly plan ahead and evaluate the best solution for their business, especially if they intend to sell their product directly to end consumers in China.