Armed Robbery From a Bonded Warehouse: Who Pays The Customs Duties? 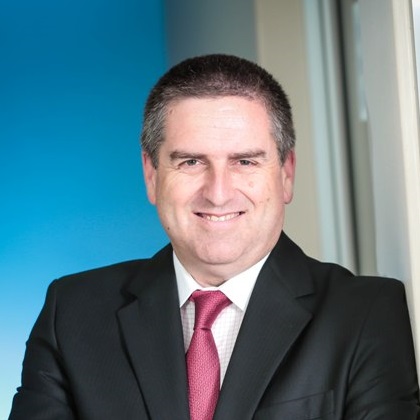 In common with most customs’ regimes, South African law permits the entry of dutiable imported goods for storage in a licensed customs and excise (bonded) warehouse, with deferment of payment of customs duty, for a maximum period of two years.

When goods are removed from a bonded warehouse for home consumption, the customs duty payable thereon must be brought to account, and paid by the importer.

But what happens when the goods are proved to have been lost, damaged or destroyed whilst in storage in the bonded warehouse?  To add insult to injury, must the already out-of-pocket importer still pay the customs duty on those goods?

Schedule 4 to the South African Customs and Excise Act provides a specific rebate item in such circumstances (rebate item 412.09).  It reads as follows:

“Goods, proved to have been lost, destroyed or damaged on any single occasion in circumstances of VIS MAJOR or in such other circumstances as the Commissioner [of Customs and Excise] deems exceptional while such goods are –

(a) in any customs and excise warehouse or in any appointed transit shed or under the control of the Commissioner;

(i) no compensation in respect of the customs duty … on such goods has been paid or is due to the owner by any other person;

(ii) such loss, destruction or damage was not due to any negligence or fraud on the part of the person liable for the duty; and

(iii) such goods did not enter into consumption.”

Latinophiles will know that vis major (as referred to in the rebate item) means “superior force”.  In current legal usage, it is now taken to embrace not only acts of nature or acts of God, but also acts of state, or of man.

At first blush, this rebate item should provide solace to the unfortunate importer whose goods have been stolen from a bonded warehouse by force, in the course of an armed robbery.

It may accordingly come as some surprise to the unsuspecting importer to learn that Customs has long been of the view that in the event of goods being stolen from a bonded warehouse (whether by force or otherwise), the customs duty on those goods should immediately be brought to account, and paid by the importer.

This view was recently tested in the matter of JM Da Encarnaçäo N.O. and another v The Commissioner for the South African Revenue Service, a case which came before the Gauteng Division of the High Court.

The facts of this matter were that the Da Encarnaçäo Trust had imported 200 cases of Remington Gold cigarettes by air, from Zimbabwe.  The goods were entered for storage in a bonded warehouse, with deferment of customs duty and value added tax.  The goods were subsequently stolen from the bonded warehouse during the course of a violent armed robbery in which four armed robbers accosted three security guards on night duty at the bonded warehouse.  After inspecting the scene of the crime and consulting with witnesses, Customs addressed a letter of demand to the Trust claiming payment of the amount of ZAR910 171.42, being the customs duty and value added tax assessed on the stolen cigarettes!

The Trust took this decision on appeal to the High Court.

Custom’s argument that the rebate item was not applicable, rested on two grounds.

First, it was contended that goods which had been stolen during the course of an armed robbery could not be considered to have been “lost”, for the purposes of the rebate item.

Second, it was contended that in the event of an armed robbery, the goods would inevitably “enter” into home consumption since the purpose of an armed robbery was to sell the stolen goods.  As such, the proviso to the rebate item would not be satisfied.

The Court gave these arguments short shrift.  It found that goods could also be “lost” if they were removed during an armed robbery, never to be retrieved again.  As to the second argument, the Court found that at the time of the robbery, the goods had indeed not been entered for home consumption.

This judgment has since been taken on appeal by Customs.  For the moment, Customs appears to be sticking to its guns.

Until such time as the issue has been considered by the Appeal Court, the unfortunate victims of armed robberies from bonded warehouses can still expect to be saddled by Customs with a bill for customs duty on the stolen goods.

It should also be noted that the rebate item would not, in any event, come to the assistance of an importer whose goods were stolen from a bonded warehouse in the course of a mere theft (as opposed to a robbery, which involves the use of force).  This is because theft is not considered to be an example of vis major.