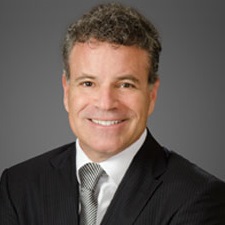 The Southern District of New York entered a noteworthy decision holding a manufacturer and non-vessel operating common carrier (“NVOCC”) liable for an explosion and fire on a vessel that resulted in catastrophic damages including death, bodily injury, loss of cargo, and damage to the vessel while absolving the ocean carrier from fault. In re M/V MSC Flaminia, 12-cv-8892 (S.D.N.Y. Sept. 10, 2018); see [D.E. 1619]. Routinely, NVOCCs expect that any liability for ocean transit will be passed to the ocean carrier; however, this litigation highlights what can go wrong.

Undertakings and Responsibilities of an NVOCC.

This highly contentious litigation arose from the July 2012, transatlantic voyage of the M/V MSC Flaminia. On July 14, 2012, an explosion and fire occurred due to runaway auto-polymerization1 of cargo consisting of 80% grade divinylbenzene (“DVB80”) (hereinafter “the Cargo”), stowed in one of the holds. The decision assesses the responsibilities of the manufacturer, NVOCC, and ocean carrier.

The salient acts and omissions arose from Deltech hiring Stolt as its NVOCC for the movement of hazardous goods. In turn, the NVOCC selected MSC as the ocean carrier and was responsible for arranging for trucking the Cargo to the New Orleans terminal. The Court held that the NVOCC contributed significantly to the conditions that caused the explosion of the hazardous material.

The NVOCC Had Prior Knowledge of the Hazardous Materials.

The Court opined that under normal transit time and temperature conditions the Cargo would have arrived safely in Antwerp, Netherlands. Here, Deltech utilizes several shipping routes for its goods; however, the transit time from New Orleans to Antwerp is the longest (31 days compared to an average of 13 days). In addition. the containers sat at the New Orleans terminal exposed to the elements for 10 days. The Court held the manufacturer and NVOCC both liable due to the shipping route as the NVOCC previously received instructions to use the port of New York for prior shipments during warmer months.

The NVOCC Failed to Provide Adequate Instructions to the Carrier.

Meanwhile, Stolt undertook its own best practices for the movement of hazardous goods. To its own detriment, the NVOCC’s best practices caused its liability. The NVOCC had an extensive prior course of dealings with the manufacturer and acquired substantial knowledge regarding its hazardous materials. Specifically, the NVOCC maintained an internal database with a reference for each good that merely included physical properties of the goods rather than pertinent information for the safe transport of the hazardous material. Accordingly, despite having significant knowledge of the hazardous material, the NVOCC failed to provide enough information in the database. The NVOCC however, according to the ruling, did not pass on to the ocean carrier the sensitive characteristics for the material. Nevertheless, the NVOCC provided instructions to the ocean carrier for the master bill of lading that contained a heat warning—“do not stow near heat sources” and “stow above deck for temperature monitoring.” Despite this warning, MSC testified that it used the master bill of lading for one sole purpose—to track cargo. However, the Court held that the carrier did not receive adequate instructions to stow the Cargo out of the sunlight and away from heat sources. Thus, MSC was not held liable for the explosion and damages that ensued.

Noteworthy considerations for NVOCC operations and practices including the following:

Thus, although the NVOCC maintained its own best practices for the movement of hazardous materials, its substantial knowledge of the goods was central to the ruling that the NVOCC failed to properly communicate information to the ocean carrier.

This decision is an intensive and early test for the United States’ judicial interpretation of the Safety of Life at Sea Convention (“SOLAS”). SOLAS obliges the NVOCC to provide “appropriate information the cargo sufficiently in advance of loading to enable the precautions which may be necessary for the proper stowage and safe carriage of the cargo to be put into effect.” For hazardous goods, SOLAS provides that carriage of dangerous goods shall be in compliance with the International Maritime Dangerous Goods (“IMDG”) Code. Here, the NVOCC prepared the Dangerous Goods Declaration (“DGD”) and asserted that SOLAS and the IMDG regulations did not require it to provide more information that it did on the DGD. The Court acknowledges that in most instances the DGD fulfills the SOLAS requirements. However, the Court held that “this position misses the mark” and the regulations do not limit the information that the NVOCC should provide to a carrier for safe handling. Thus, the Court did not allow compliance with SOLAS to define the scope of the NVOCC’s liability. This ruling is subject to rehearing and/or appeal.

1 A runaway polymerization is a potentially dangerous reaction in which chemical products form with excessive speed, producing heat that may lead to an explosion or other hazards.