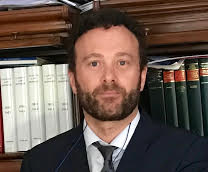 Shipping transport and related activities have an impact on the environment, like many other industries, and may give rise to claims in tort by third parties adversely affected by the vessel’s operation.

In a case recently considered by the Spanish Supreme Court, a farming company had successfully claimed damages for contamination of a crop by kaolin being discharged from a vessel. Where determining who was liable for the said damages, the tribunal considered the division of responsibilities as agreed by the parties in contract, and on that base released the ship agent from liability.

The vessel M/V Nina Marie arrived in the Spanish port of Motril for discharge of a cargo of kaolin. Discharge operations were carried out apparently without any problems. However, the farmer, Ecoguadalfeo, growing organic vegetables in various fields near the port, claimed that he had lost the entire crop due to contamination by the kaolin discharged. Ecoguadalfeo argued that because discharged operations were not conducted adequately, large amounts of kaolin had been released into the air and ultimately deposited into its fields. Consequently it sued the stevedore company, Terminal Marítima Granada, and the ship agency, Motril Shipping, in tort for damages amounting to circa EUR 250,500.

In first instance the judge considered that discharge operations had been negligently performed and held that both, the stevedore and the ship agent, were liable for the damages claimed. The ship agent’s liability arose from the extension of precedent case law –as per which the ship agent was jointly and severally liable together with the shipowner for any damages caused in relation with goods during transport– to cases of tort liability. On appeal, the ruling was confirmed.

Motril Shipping appealed the Court of Appeal judgment on the main ground that, as per the terms of the charterparty, it was the receiver who was responsible for discharge and the one who actually hired Terminal Marítima Granada for carrying out such operations; therefore if the shipowner was not liable, neither should the ship agent be. The tribunal agreed with such argument and released Motril Shipping from any liability.

The tribunal did not enter into the alternative question raised by the claimant, namely whether precedent case law on the ship agent’s liability for damages to the goods may also be extended to tort liability situations like this one. But the said issue has been definitively overcome by the Spanish Shipping Act that entered into force in September 2015, after the above events took place. As per the said Act the ship agent is no longer liable towards receivers for loss or damage to the goods or delay in delivery occurred during the sea transit.