The Right of Action of the Freight Forwarder under Belgian law 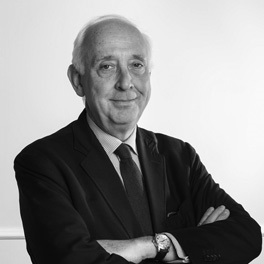 In Belgian jurisprudence, controversy has arisen recently as to the question whether a forwarding agent is “presumed” and also “entitled” to initiate, continue and maintain legal proceedings, or halt them if he has not received instructions to that effect from his client or principal.

This short contribution was prompted by a ruling pronounced by the Commercial Court of Antwerp, Belgium, on March 9th, 2016 and March 14th, 2018, where it emerged, in an important proceeding and over time, or at least where it was not ruled out, that the forwarding agent had, on his own initiative, filed claims for damages against his co-contractor, specifically the maritime carrier[1] and his stevedore.

As this is not a purely Belgian issue but one that, obviously, also exists on the international scene, this contribution can be the first step towards further and global considerations.

In the commented judgment, the Antwerp Commercial Court, in this context, took the position that although a forwarder has a right of action of his own, he nonetheless is expected to demonstrate good faith on his part that either he proves that he has received a concrete instruction to initiate the proceedings, or that he is allowed to subsequently present confirmation that his principal agreed to the proceedings being initiated and being continued.

Although at first glance one might argue that the latter is self-evident, it is noted that this development can be viewed as a favourable development in terms of administration of justice in order to put an end to the quite disputed practice where forwarders very often instituted proceedings for damages against their co-contractors without having been empowered to do so and in which case the Court was of the opinion that the forwarder was indeed supposed to furnish proof that he had indeed been mandated in contrast to earlier jurisprudence that gratuitously assumed that this mandate was implicitly acquired and therefore did not need to be examined.