Extreme Caution regarding Letters of Undertaking: A Binding Agreement to Agree 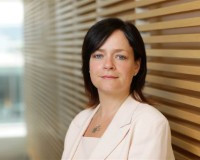 Following a recent decision of the High Court in Ireland, insurers should exercise extreme caution when offering a Letter of Undertaking (LOU) in principle as security to prevent a vessel from being arrested. In the cases of Liam Beatty, Martin Conneely & Einne Connelly v. K/S Thor Ingeborg & Others 2013/3459P, 3460P & 3462P, Mr Justice Allen has held that a comment by an insurer that they are prepared to provide a LOU in response to a request for security, subject to agreement on wording & quantum, is a binding promise irrespective of the fact that no quantum or wording is ultimately agreed or pursued by the party threatening arrest.

The decision is under appeal to the Court of Appeal but, in the interim, the decision exposes insurers to a risk of being bound to secure potential maritime claims for an unidentified amount and without the protection of any of the usual negotiated clauses that are incorporated into a LOU; such as the LOU responding to liability of the insured only, a jurisdictional clause and the LOU being answerable to a final judgement only.

In 2011 the three claimants suffered alleged personal injuries following an accident and a request was made by their then solicitor for security for the three claims from the owner’s insurer specifically “subject to wording and amount to be agreed.” The insurer replied to the request confirming “we are also prepared to provide security for the personal injury claims.” A couple of days later the solicitor  representing the three individuals arrested the vessel on behalf of cargo interests for whom he was also acting and obtained a written negotiated LOU as security for any cargo claim arising out of the incident. In respect of the three individuals however the response from insurers indicating that they were prepared to provide security was not followed up on for two weeks by the claimants’ solicitor by which time the vessel had sailed.

Nonetheless the insurer (through London appointed solicitors) and the Claimants’ solicitor proceeded to enter into written correspondence with the aim of agreeing LOU wording. The insurer requested a “notional quantified figure” for the LOU but no figure was put forward and the negotiations ended in late June 2011 with the insurer’s solicitor providing draft wording to the solicitor representing the three claimants. No response was ever received to this draft and no steps were taken by the claimants to finalise a LOU. Personal injury proceedings were issued in the High Court in Ireland two years later in 2013 but these proceedings were not served on the insured until the following year, by which time the insured had sold the vessel and ceased operations. No request was made by the claimants for the security to be finalised from June 2011 onwards.

The claimants’ former solicitor admitted in evidence that it was unusual for there not to be in place a LOU in the aftermath of discussions about security and that it would be normal to have such written security in place within 24-48 hrs. It was further admitted by the former solicitor that no P&I Club would ever provide security for an open-ended amount.

The learned Judge was referred to the 4th Edition of Hazelwood & Semark “P&I Clubs Law and Practice” and in particular the issues that arise for negotiation by way of practice in relation to LOUs. The judgement of Mr Justice Allen recognises that it is standard industry practice that LOUs do specify an amount which is usually negotiated. The Judge further noted that the negotiations between the solicitors were focused upon what the terms of a LOU usually would be. The Judge nonetheless took the view that the insurer did not convey to the claimants’ former solicitor that the amount of security or that the wording of the security were essential terms and he held that the insurer, by stating it was prepared to put up security, had thereby accepted liability for the claims and that there is a valid and binding undertaking in place to pay any damages and costs found to be due to the claimants.

The impact of this decision may arguably be limited to its particular facts and the comments that were made by the parties. However pending any successful appeal, this judgement serves as a cautionary tale. Whilst there may be a clear industry practice to negotiate the terms of an LOU followed by the issuing of an original written LOU, insurers should avoid any indication that they are prepared to provide security without placing some clear caveats around such assurance. Clear wording in writing to the effect “We are prepared in principle to provide security but subject to our agreement in writing on quantum & wording & unless & until such written agreement is in place this is not a binding promise or assurance to provide security. Furthermore our willingness to provide any security subject to agreement on wording & quantum is not an admission of liability of any claim.”

In addition insurers should be alert to the fact that even if the LOU is not finalised in writing or indeed insisted upon by the arresting party, an insurer may not be able to rely on any complacency on the part of the arresting party. The judgement suggests that the onus is on both parties to finalise negotiations of the wording of an LOU. Indeed in the evidence given at the hearing there was a suggestion that perhaps the insurer should themselves take steps to propose quantum or ascertain quantum as opposed to simply responding to what would be the normal request for a specific amount.