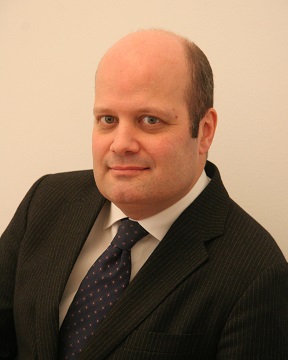 Many contracts in the shipping industry provide free use for a certain period of the container, and provide for increasing daily charges after such a free time.

The shipping line usually specifies a number of free days after which the container must be returned clean and empty to the terminal or the depot.

Arguments frequently brought before the Courts are that daily costs for renting containers from a third party are generally far less than the daily detention fee charged by shipowners, and it is frequently alleged that no binding agreement has been reached as regards the daily charges applied by the line.

Italy is no exception, and there have been over the last 20 years quite a few proceedings where owners have sought the recovery of container detentions.

In some jurisdictions, container detention has been qualified as penalty clauses,1 with the consequence that it has been disputed whether the quantum of charges being levied by the lines (or their agents) are reasonable and fair and cab be enforceable as damages, or whether they should be construed instead as penalties and be unenforceable.

There is no distinction however under Italian law between penalty clause and liquidated damage clause, and the general rule is that such a clause is valid provided it is fair and reasonable.

It is now settled case-law that:

It is possible therefore to ask the Court to reduce the charges on the grounds that the penalty for the delayed restitution of the containers is excessive, and can quickly reach an amount largely exceeding the value of the container.

A few decisions have in fact dramatically reduced the quantum claimed by the Owners, and in a few cases the detention awarded have been kept at the value of the container.

It happens rather frequently furthermore that owners react slowly in advising the shipper as regards the delay accrued at discharging port and the receivers’ failure to collect the goods, and are owners may likewise be slow in taking the measures available at destination in order to dispose of the cargo and obtain the release of the containers, thus failing to reduce the detention.

It is worth noting in this respect that under Italian Law (article 1227 Civil Code) the debtor is entitled to ask the Court to reduce the amount of damages in proportion to the extent of damages which could have been avoided by the creditor if mitigating measures had been taken.

Owners generally address their requests of payment of the detention charges to the party appearing as shipper on the bill of lading, and freight forwarders are often requested to settle the charges, since the freight forwarder under Italian law acts in its own name and on behalf of the principal for the stipulation of the contract of carriage, and frequently appears as shipper in the B/L.

The possibility for freight forwarders to successfully challenge claims for container detention largely depends up on the possibility to argue and prove that the forwarder acted on behalf of a principal whose identity was fully disclosed at some stage of the stipulation of the contract of carriage.

This is the position held by the Court of Appeal of Genoa:2 the Court found conclusive evidence of the existence of a contractual relationship between the sellers/exporters and Owners in the correspondence exchanged between the parties for the confirmation of the booking; another element which has been considered particularly significant (but the issue is still controversial and far from being settled under Italian case-law) is the indication of the principal as “shipper” on the bill of landing, because according to the Court of Genoa this amounted to a confession.

The Court of Genoa however, expressed a different view in a case3 relating to the protracted detention of 4 containers in the port of Mombasa: the tribunal considered that the forwarder had failed to provide clear evidence that the identity of the principal had been disclosed to the carrier, and was reinforced in this assumption by the fact that the whole correspondence relating to the transport had been exchanged between owners and forwarders.

The Court nonetheless expressed an important principle where, after having found that the owners had informed the shippers about the receiver’s failure to collect the goods and redeliver the containers just six months after delivery, held that the forwarder was bound to pay for the detention charges only for the period following the declaration, deducting the free period agreed upon.

The issue has been recently considered by the Italian Supreme Court4, by a decision which is quite accurately motivated and is likely to become a leading case.

The Court has confirmed that the contract whereby owners provide the availability of containers is a contract of lease, and that owners are bound to put on notice the shipper as regards any delay accrued at discharging port, stressing that Italian civil code (article 1690) and maritime code (article 450) contain provisions specifically aimed at enabling the carrier to seek and receive instructions from the shipper, and dispose of the goods in case no receiver shows up asking delivery of the goods.

The Court has added that although the aforesaid provisions refer to contracts of carriage, they nonetheless apply to the contract for the lease of the containers, since the two contracts are inherently intertwined, and that a duty of promptness in alerting the shipper about any delay at discharging port is an application of the duty of good faith and diligence in performing the contract.

The Cassazione has concluded stating that wherever the carrier does not inform within a reasonable deadline the shipper he will lose the right to seek the payment of detention charges, since the contract of lease of the containers would be in this case brought to termination.