Liability for bunker fuel in bankruptcy 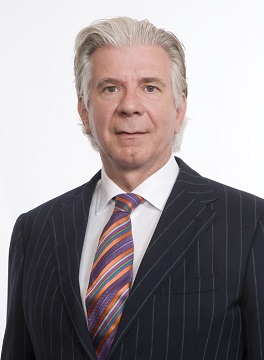 Supply by Argos Bunkering BV, a Rotterdam based bunker supplier of 7,400 mt of fuel oil on 25 October 2014 in Rotterdam on board a seagoing vessel owned by CSCL and given in time charter by CSCL to Cosco. Cosco had purchased this quantity of fuel oil on 18 September 2014 from China Shipping, which in turn bought it from OW Bunker Far East (OWB-FE), the latter from OW Bunker (Netherlands) B.V. (OWB-NL) and OWB-NL from Argos. On the occasion of the physical delivery of the fuel oil, a ‘Bunker requisition to Argos’ and a ‘Bunker Delivery Note’ are drawn up. The bunker acquisition contains a reference to the NOVE conditions declared applicable to the purchase agreement between Argos and OWB-NL. In article 10 NOVE terms a retention of title has been included in favour of Argos. Both documents, put on Argos paper, were signed by the Chief Engineer of the seagoing vessel. As a result of this sale and delivery, Argos sent an invoice to OWB-NL, addressed to: ‘Master and/or Owners and/or Charterers of [name seagoing vessel] and/or OWB-NL’. The payment period of this invoice was from 25 October 2014 to 25 November 2014. OWB-NL does not pay. It went into bankruptcy on 21 November 2014. Even before the bankruptcy was declared, for the first time on 7 November 2014, Argos explicitly invokes its retention of title under the NOVE conditions. By letter of 7 November 2014, ING Bank NV, as pledgee / tranferee of the claims of the OWB group, demands China Shipping to pay the purchase price for the fuel oil owed by the latter to OWB-FE. China Shipping settles the purchase price to ING Bank on 30 March 2016 as transferee of OWB-FE. On 21 February 2016, Equinox, which is the credit insurer of Argos, arrested the vessel to the detriment of, among others, CSCL. It then claims from CSCL, as owner, and Cosco, as operator of the ocean vessel, compensation for the entire purchase price left unpaid by OWB-NL, or at least compensation for the value of the part of the fuel oil that was still unused on board the ocean vessel when Argos first invoked its retention of title, asserting from then on the consumption of fuel became unlawful vis-à-vis Argos.

The Rotterdam court held as follows. The relationship between Argos and OWB-NL is governed by Dutch law. For the claims of Argos against CSCL and Cosco based on extra-contractual liability, Dutch law should also be applied on the basis of Article 4 Rome II-Vo. This law also governs the regime of property law with regard to the fuel oil prior to and up to and including delivery on board of the seagoing vessel.

This case concerns the problem that in a chain of sellers and purchasers of marine fuels, the first seller in the chain (here: Argos) sells the fuel on credit and delivers it on board a ship owned by a third party (here: CSCL) and operated by the last buyer in the chain (here: Cosco), after which the second link in the chain (here: OWB-NL) goes bankrupt and fails to make payment to the first seller of the purchase price agreed between them. Under the circumstances of this case, does the first seller have recourse against the last buyer who actually obtained the marine fuels (here: Cosco)? Or from the owner of the ship? Or both? In assessing this, it is assumed that Equinox as credit insurer entered into the rights of Argos and that Argos was the owner of the fuel oil upon delivery and at the time of invocation of the retention of title.

Argos did not negotiate with CSCL, Cosco or China Shipping for the sale and supply of the fuel oil. The fact that it stated  in the confirmation of sale: Master and/or Owners and/or Charterers or [name sea-going vessel] and/or OWB-NL’ does not change this, because she only sent this confirmation to OWB-NL and the confirmation also states that OWB-NL acts as buyer. The confirmation therefore does not contain any indication that OWB-NL did not act as buyer, but as intermediary or representative of CSCL and/or Cosco.

The fact that CSCL is the owner of the seagoing vessel does not make her the recipient, let alone the owner, of the fuel oil when it was delivered on board the seagoing vessel in Rotterdam. This delivery has not unjustifiably enriched CSCL either, since in its relationship to the time charterer Cosco, the batch of fuel oil belonged to Cosco. The actual receipt of the fuel oil and its use for propulsion, in accordance with the instructions of the time charterer Cosco, does not constitute an unlawful act by CSCL towards Argos, except in special circumstances.

By delivering the fuel oil on board the ocean-going vessel, Argos voluntarily transferred ownership to Cosco, which – having bought the fuel oil from China Shipping for delivery on board the ocean-going vessel – is deemed to have acquired it in good faith. Cosco, too, was not unjustifiably enriched by this delivery; it had to pay the purchase price agreed with China Shipping for the fuel oil, and it did so.

The Chief Engineer’s signature of the bunker acquisition cannot be interpreted as a voluntary agreement by CSCL or Cosco to enter into a (binding) agreement with Argos to supply the fuel oil or to pay a fee in the amount of the purchase price. Rather, the bunker-requisition should be seen as a request from the ship’s side to deliver the specified quantity of marine fuels and confirmation that the necessary measures have been taken to safely receive those quantities, or as a notification from the supplier that those measures should be taken. The bunker-requisition can therefore not be considered as an agreement under property law in which property is transferred or reserved. This is not changed by the reference to the NOVE-conditions in the bunker-requisition; such a reference cannot lead to unintentional obligations being imposed on a third party.