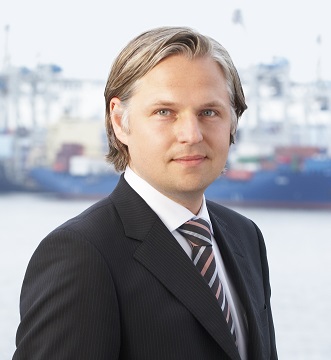 The Hamburg Regional Court classified the transport that the defendant had undertaken as multimodal transport under the meaning of Section 452 et seq of the Commercial Code. The requirements of Section 452(1) of the code were met, as the transport comprised at least two sections which could be covered by different modes of transport – namely, a truck section ex-works of the manufacturer and an inland waterway section to Hamburg. The transformer’s transport via the terminal to the seagoing vessel could be considered a third section.

However, Section 452(1) further stipulates that hypothetical freight contracts for individual sections must be subject to different legal provisions. At first glance, this was not the case, because both the truck and inland waterway sections (within Germany) are governed by Section 407 et seq of the Commercial Code (the same would apply to the transhipment section). However, the Loading and Unloading Times Regulation also applied to the hypothetical contract for the inland waterway section. This was sufficient to establish the application of different legal provisions under the meaning of Section 452 of the Commercial Code. The fact that the Loading and Unloading Times Regulation had no role in the assessment of the facts was irrelevant, as Section 452 of the Commercial Code is only concerned with determining which legal provisions apply to a contract.

The court concluded that the defendant was liable for the damage in accordance with Section 425 et seq of the Commercial Code. In particular, the damage did not occur during a sea section, so the liability provisions of Section 498 et seq of the Commercial Code were inapplicable pursuant to Section 452(a) of the Commercial Code. The fact that the defendant was also responsible for loading the transformer onto the seagoing vessel and securely lashing it to the vessel was insufficient to qualify this service as ‘sea transport’. The consideration under Federal Court of Justice case law that if multimodal transport includes a sea section, the preceding transhipment is part of the sea section does not change this fact because in the present case the defendant played no part in the further sea transport.

The court was also reluctant to regard the transformer’s transfer from the location where it had been placed after unloading from the inland waterway vessel to the seagoing vessel as a further separate (transhipment) section. Nor did it regard the transhipment as a purely contractual additional service (which would have meant that the liability would not have been limited to a certain amount). According to the court, the general liability of the multimodal carrier according to Sections 452 and 425 et seq of the Commercial Code remained unchanged.

Federal Court of Justice case law suggests that, in multimodal transport cases, voyages always have a series of sections and there are no “stages without sections”. Therefore, in the present case it would perhaps have been reasonable to consider the transformer’s transfer to the seagoing vessel as supplementary to the inland waterway section. However, the Hamburg Regional Court assumed that there may be transport stages in a multimodal transport system that cannot be attributed to a particular section.

The wording of Section 452(a) of the Commercial Code supports this view (ie, “if it is certain that [the damage]… occurred on a certain section”), as it is formulated in the sense of a principle of proof. Thus, there may be cases in which the occurrence of damage during a certain section of a voyage has not been established, so that the liability can be determined only on the basis of Sections 452(1) and 425 et seq of the Commercial Code.