Gross negligence and limitation of liability in carriage of pharmaceuticals 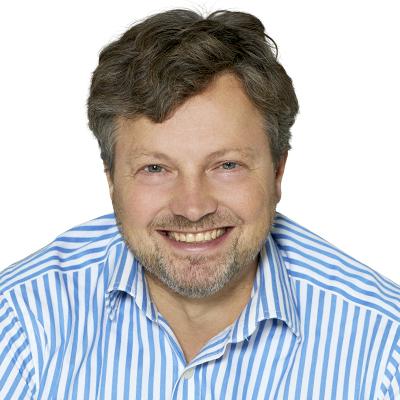 Two cases recently decided by the Maritime and Commercial High Court both involved carriage of pharmaceuticals, and both centered on allegations of “gross negligence”, which would permit the plaintiff to avoid damage limitation provisions.

The first case concerned two different carriages of pharmaceuticals. The medicine was exposed to rising temperatures which made it unfit for sale. Both incidents were caused by defects in the cooling systems, but since the circumstances were different, the outcome was also different.

The facts were briefly that a supplier of medicine had instructed a road haulier to carry out two refrigerated carriages of medicine. The cooling compartments in the carrying trailers had alarm systems installed which were to alert the carrier’s administration if the temperature changed.

During the first carriage, an IT-error occurred which caused the cooling and alarm systems to shut down so that they did not react to the rising temperature. The second consignment was damaged because of a defect in the cooling system made it blow hot air into the cargo compartment. In both events, the pharmaceuticals were exposed to higher temperature than allowed over a prolonged period which made them unfit for sale.

For both incidents, the cargo interest argued that the carrier had acted grossly negligent. The carrier denied liability for the losses and disputed that it was proven that the medicine was even fit for sale before it was taken over for transportation.

The court found that the damage on the medicine happened while this was in the carrier’s custody and accordingly the carrier was liable for the damage.

As regards the first incident, the court found that the damage was caused by an IT-defect and not by the driver’s lack of attention. According to the contract, the driver was not obliged to monitor the temperature since the carrier did this by way of the alarm system. Furthermore, the court found that the cargo was already damaged when the defect was eventually identified, and so it did not matter that the sender was not contacted immediately. Therefore, the carrier was able to limit its liability pursuant to the CMR act, s. 31(2) cf. s. 29(2).

However, when deciding the second incident, the court ruled that the responsible manager had set aside fundamental responsibilities by ignoring the alarms and, thereby acted grossly negligent. Therefore, the carrier could not limit liability.

The second case concerned theft of pharmaceuticals. The medicine had been booked for a carriage by road from Denmark to Sweden by the sender with the contracting carrier under a framework agreement (as a full load). The transportation had in turn been subcontracted to a haulier. The driver made a stop for the night in Sweden en route to the destination. He parked a public place in what was described as an industrial area and slept in the truck. During the night criminals broke into the trailer and several packages were stolen but the theft was not discovered until on arrival at the consignee.

The bookings were asymmetrical in that the framework agreement between the sender and the contracting carrier contained detailed provisions as to the security standard and the precautions to be taken whereas the subcontract was an ordinary booking but with standard instructions to the driver along with the EU Good Distribution Practice (GDP). The instructions in the framework agreement were:

”4.3 SPECIFIC REQUIREMENTS AND INSTRUCTIONS REGARDING THE PERFORMANCE OF THE TRANSPORT … 9. Stops and parking overnight are to be made in well illuminated areas if possible, or at the most secure point according to the judgement of the driver and in respect of the traffic situation and the existing laws of driving hours. …

10 6.3 FULL-LOADS TO TAMRO, PRISMAVÄGEN, SWEDEN Since your drivers can’t park at Volvo (next to Tamro) any longer, we need to make sure the trailers are parked the most secure places possible. Whenever the drivers have to park, we prefer that the trailer is parked up against a wall, so that the doors physically can’t be opened

There were some additional more specific instructions about safe parking in a locked and fenced area. And of what to do if it was not possible to adhere to the instructions. The drivers’ instruction was more general and did not mirror the terms of the framework agreement.

During the hearing the parties’ representatives and the driver were examined extensively. And appeared that the contracting carrier had not made any effort to ensure that the parking instructions was communicated to the actual carrier and the driver.

The court found that the contracting carrier was responsible for the full loss having acted grossly negligent. Its reasoning was that the agreed terms with respect to security had been ignored and this constituted a sufficiently material breach of contract.

However, when deciding the recourse action, the court ruled that the driver had not – in the context of those instructions – acted grossly negligent. Therefore, the actual carrier could limit its liability pursuant to the CMR act, s. 31(2) cf. s. 29(2).

Both decisions show how the CMR act, s. 37 is applied. The court assess each case separately and weighs up the actions and omissions on a case by case basis. Breach of contract and/or instructions entails that a Danish court is much more likely to accept that a loss was caused by gross negligence, provided that there is a causal connection between the breach and the loss. When a carrier accepts instructions then efforts must be made to ensure that they are complied with.

For further information about this topic please contact Lars Rosenberg Overby or Mads Poulsen at IUNO by telephone (+4553742711 and +4553742745) or email (lro@iuno.law or map@iuno.law). The IUNO website can be accessed at www.iuno.law