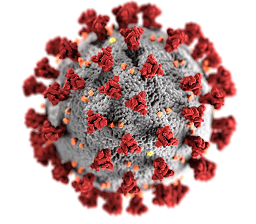 In the Middle East, the most impacted country so far is Iran (Ranking 6th in the world for positive cases and 4th by fatalities). In descending order of impact, but far behind Iran’s ranking we find Israel, Saudi Arabia, Qatar, Egypt, Bahrein, Iraq, Lebanon, UAE, Kuwait, Jordan and Oman. Figures for Yemen are obviously difficult to obtain.

No need to say that the region is further impacted because of other factors:

–              Oil price crisis: the barrel price has fallen few days ago to its lowest in 18 years. The economy of the Arabian Gulf countries are still mostly driven by fossile energy revenues. Effect of the US stimulus on its oil economy is looked at;

–              Weak economies:  Iran, due to embargo, Lebanon due to financial crisis, Irak and Syria, due to war are under financial constraints. The Qatar embargo also still produces regional effects;

–              Regional tensions: parts of Irak and Yemen remain in war like situations. A second prominent Iranian military has been killed in Irak few days ago and Iran has targeted US embassy in Irak few hours ago.

So far the UAE contains well the virus and has put in place gradual measures. Education institution have been closed from 5th March 2020. Since last Sunday, courses have resumed online, which I tried successfully with my students. This will last for the semester and new exams methods are under studies.

From that same date, 14 days home quarantine have also been imposed on those entering the UAE and coming from a number of countries which has increased over the days until entry has been banned for all on 19 March 2020)

On 23rd March 2020, the UAE has decided to close malls (except supermarkets and pharmacies) and fresh fish, vegetable or meat markets. All those having no necessity to go out have been asked to stay home.

On 24 March 2020, the General Civil Aviation Authority has suspended for 14 days all passenger flights in and out the UAE (Entry of passengers was already banned from 19 March while all visas were suspended on 18 March 2020). Cargo flights are authorized unless they depart from Iran or Hubei province in China.

From 26 March 2020 8pm to 29 March 2020 6am (basically the duration of the local week-end) an almost full lockdown (except food or medical necessity) is in place to allow for the sanitizing of some public equipment and infrastructure.

From 26 March 2020 the private sector is invited to only have no more than 30% of its workforce at their work location (excepted occupations are energy, communications, health, education, security, police, postal services, military, construction, projects, banking and finance, FNB, airports and petrol stations). Note that most companies for which it is possible, have already generally moved their employees to work online from home.

So far 64 persons have been arrested for breaking the quarantine and two persons have been arrested for promoting on social networks violation of quarantine measures. According to the Federal Law No14 of 2014 violators can face a jail term of up to 5 years and a fine up to AED 100,000 (USD 27,300). Also the authorities have reminded the population that disseminating misinformation about the virus is considered a threat to national security and that such action will be treated with the full extent of the law under which violators will face up to three years of jail time and a fine that can reach up to AED 3 million (USD 820,000).

Bahrain: The executive committee of the Bahraini government announced the closure of all non-essential commercial enterprises from 26 March 2020 onward. Exceptions to this rule included supermarkets, banks, bakeries, and healthcare facilities. The closure took effect at 7 pm on 26  March 2020 and shall last until 7 pm on 9 April 2020 unless renewed.

Kuwait: Kuwait was the first country in the region to stop commercial flights from entering the country as a precautionary method and to instore from 16 March 2020 the closing of non-essential commercial  activities. From 22 March 2020 Kuwait has imposed a daily eleven hours curfew. Violators can be jailed for up to three years and fined KD10,000 ($32,000).

Oman: The Omani Ministry of Interior has announced on 15 March 2020 that from 17 Marche 2020 all border crossing points via land, sea, and air shall be closed to all individuals except citizens of the Gulf Cooperation Council States. Authorities have also limited public gatherings including closing parks and suspending Friday prayers and weddings.

Saudi Arabia: Local and partial measures have been taken gradually since 27 February 2020. From 15 March 2020 Saudi has suspended all International flights from/to Saudi Arabia Airports for two weeks. Since 25 March 2020 residents of thirteen Saudi regions are prohibited from exiting their region or moving to another region. Also, no one is allowed to enter or exit Madina, Mecca and Riyadh where curfew hours have been implemented from 3pm till 6am.

Most states in the region have decided to implement stimuli funds (Kuwait, USD 1.6bn Saudi USD 30bn, UAE USD34bn) to fend off the impact of the coronavirus on their economy. Central banks have also directed banks to delay or reschedule repayment of certain loans or credit with a waiver of interests and penalties. Certain property developers have temporarily waived or reduced commercial rents.

The private sector is facing various challenges, dealing first with human resources. While end of March approached, we have seen temporarily plans for employees put in place ranging from terminations or unpaid leaves to salary reductions between 10 t0 50% and/or obligation to take annual leaved during the lock down period. Companies anticipate a lack of cash flow as payment of invoices could soon be delayed. In the oil and gas sector, EPC contractors and their subcontractors have already been proposed by some of their clients to discount on-going contracts price by 10 to 40%, which they of course refused). We expect a lot of forthcoming disputes in relation with default, force majeure and hardship. Online commerce has been booming further in the region, which will impact more than before the commercial property sector and benefit to the logistic industry.