The Final Word on Detention and Demurrage in the United States? 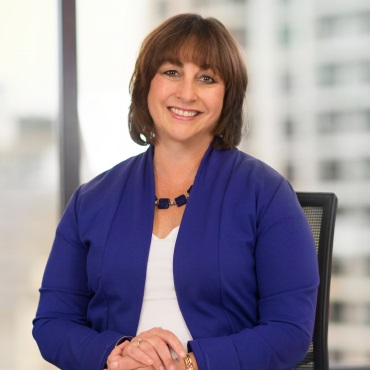 The Federal Maritime Commission[1] recently released its final interpretive rule  concerning the reasonableness of detention and demurrage charges.  The FMC’s announcement is a response to complaints of shippers, freight intermediaries and truckers of being penalised with unreasonable demurrage and detention charges by ocean carriers and terminal operators.

The FMC determined that because the purpose of demurrage and detention charges is to incentivise cargo movement,  it will consider, pursuant to its powers under the US Shipping Act 1984, the extent to which those charges serve their intended purposes as financial incentives to promote freight fluidity.

Accordingly, the rule takes the form of a list non-exclusive of factors that the FMC may consider when assessing the reasonableness of demurrage and detention practices.

Why is the final interpretive rule necessary?

The final interpretive rule is the result of a process that first began in 2016 when a coalition of shipper groups submitted a petition to the FMC.  The shippers sought the FMC’s intervention to address what they considered to be detention and demurrage charges levied by carriers and marine terminal operators in breach of the Shipping Act, and in particular a provision known as 46 U.S. Code 41102(c), which requires common carriers, marine terminal operators and ocean transportation intermediaries to “establish, observe, and enforce just and reasonable regulations and practices relating to or connected with receiving, handling, storing, or delivering property.”

Specific examples of issues included (but were not limited to) charges being imposed when cargo availability was disputed/uncertain, when empty containers could not be returned due acceptance being refused by the terminal or depot and when the impact of government inspections, such as customs authorities or police, led to delays.

Following this petition, in 2018 the FMC conducted public hearings and a fact-finding investigation.  The FMC then released a final report in December 2018 and a “Notice of Proposed Rulemaking” in 2019, which the final interpretive rule largely adopts.

As noted, the final interpretive rule is a list of factors that the FMC will consider, rather than a precise rule.  The FMC, in assessing the reasonableness of demurrage and detention practices pursuant to 46 U.S. Code 41102(c), will consider the extent to which they serve their intended primary purpose as financial incentives to promote freight fluidity.

The factors that the FMC will consider are:

Finally, nothing precludes the FMC from considering factors, arguments, and evidence in addition to those specifically listed above.

Why does this matter?

The FMC’s purpose is to foster fair, efficient and reliable international ocean transport for the benefit of US exporters, importers and consumers.  It follows that practices adopted outside the US which impact on any of those groups will be of interest to the FMC.  That might include, for example, a demurrage policy created by a New Zealand freight forwarder which it seeks to impose on an American importer.  Thus, New Zealand carriers and intermediaries need to understand the FMC position.

In any event, there is a very significant overlap between the general FMC approach and the type of factors that tend to be considered by courts internationally, when looking at the enforceability of demurrage and detention charges.  The final interpretive rule therefore provides useful guidance for the development of appropriate demurrage and detention policies.

[1] The FMC is the federal agency tasked with ensuing a competitive and reliable international ocean transportation supply system to support the United States economy and to protect the public from unfair and deceptive practices.