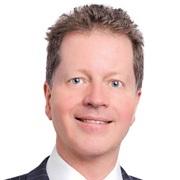 RECENTLY, MV “APL England” lost more than 50 containers overboard off the coast of NSW during poor weather and another 80 have been damaged on board the ship.

Notably, a similar incident impacted the very same vessel, MV “APL England” in 2016 when it lost about 30 containers during a voyage from Fremantle to Port Botany.

Container ships are now capable of carrying thousands of containers and the potential for these incidents to occur has increased.

Once again, Australian freight forwarders and consignees have been impacted by a container stow collapse.

Freight forwarders and cargo owners can be placed in a difficult position when news of these events breaks out. They often will be the last to find out and will not have access to information when they learn their cargo has been affected that will allow them to determine the cause of the collapse, such as poor lashing, poorly maintained securing points or incorrect stability calculations for the contemplated voyage.

AMSA’s published comments suggest that the vessel owners may have failed to properly and carefully load, handle, stow, carry, keep, care for, and discharge the goods carried, and failed to make all parts of the ship in which goods are carried fit and safe for their reception, carriage and preservation, in accordance with Article 3(1)(c) and (2) of the Amended Hague Rules.

Noting that the vessel has been detained by AMSA on the basis that the lashing arrangements were inadequate and securing points for containers on the deck were “heavily corroded”, it is hoped and anticipated that carriers will settle claims for lost or damaged cargo at an early stage.

With the vessel now being detained by AMSA, there may be delays in obtaining delivery of consignments and alternative methods to forward the consignments to their destination may need to be considered if the consignment is time critical.

Maurice Lynch, special counsel Mills Oakley and Tom Mangan, lawyer, Mills OakleyMills Oakley is currently representing a number of cargo owners and their insurers in relation to the lost and damaged containers that were on board the MV “APL England”.