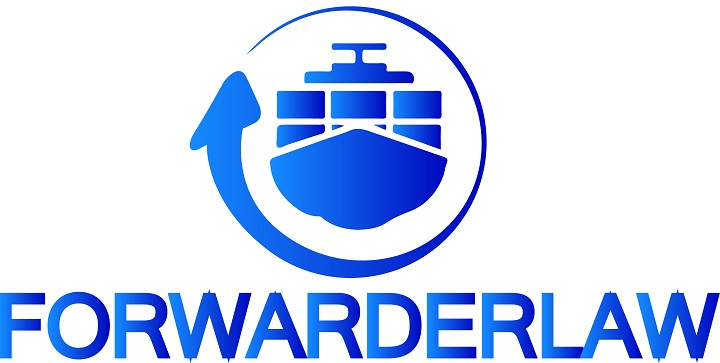 International merchant shipping is undeniably a link for the global economy. Relations in the merchant shipping sphere are regulated not only by national systems of laws and codes, but also by international law, including the use of documents of a recommendatory nature and customs. In the process of transporting goods by sea, incidents are not uncommon, which may subsequently lead to claims and a dispute between the parties to the carriage. Since the ship is a permanent participant in such legal relations, the ship can become the first “hostage” of your dispute.

Ukraine has ratified the International Convention Relating to the Arrest of Sea-Going Ships of 1952 (Brussels Convention), which establishes the procedure for the arrest of a ship as security for a maritime claim. The Brussels Convention provides for 17 types of maritime claims. The main criterion for determining a claim as maritime one, is the emergence of a claim from legal relations related to the use of the ship.

To implement international provisions, each of the countries participating in the Brussels Convention additionally has its own legal instruments for the arrest of a ship in order to secure maritime claims, which are determined by national legislation. In Ukraine, such rules are contained in the Merchant Shipping Code of Ukraine, the Commercial Procedural Code of Ukraine and the Civil Procedure Code of Ukraine. It should be noted that the Brussels Convention clearly indicates that the arrest of a ship should only be imposed by a court or a judicial authority, which, in our deep conviction, excludes the possibility for any state authorities to exercise their authority to arrest a ship and impose restrictions on ship`s commercial activity.

As for P&I Club`s LOU – it is an incredibly powerful tool that clubs can provide to the shipowner when they are threatened with the arrest of their vessels by the plaintiff trying to secure a claim. LOU is not only a form of security recognized in the vast majority of maritime jurisdictions around the world, but also a form that can usually be issued much more easily than other forms of security, allowing the threatened vessel to resume sailing much faster.

A Club, a Shipowner and a Recipient of such a letter of undertaking, have a number of certain advantages: firstly, the letter of undertaking has the simple and flexible form of content, and secondly, the LOU, although it is made in writing, however, thanks to modern technologies, it can be delivered to any country in minutes. Due to the simple and capacious form of issuing a letter of undertaking from the P&I Club, the Shipowner minimizes, and in some cases avoids the additional costs that could be incurred in connection with the arrest of the vessel and the restriction of its commercial activities.

There is no single international act that would govern the adoption of a letter of undertaking from the Mutual Insurance Club. But despite this, UK, Hong Kong, Australia, Italy, France, and Singapore accept this type of document as security in common way. Most P&I Clubs note the effectiveness of using LOU, which is increasingly written in their publications and circulars. It is the concept of the Letter of undertaking of the Mutual Insurance Club that is to be considered in this article as a form of security, which must be fixed at the legislative level and introduced into widespread use for the territory of Ukraine in disputes over maritime claims.

Is it possible in Ukraine to use such a modern financial instrument as the Letter of Undertaking of P&I Club?

It would seem that Ukraine, as a maritime state, should not be an exception, however the using of a P&I Club`s LOU was not a common practice in our country, if not to say otherwise.

It should be noted that LOU in its essence can be used in Ukraine and be recognized by state authorities of Ukraine without any restrictions. The validity and enforceability of LOU is indicated by its compliance with the requirements of applicable law. Also, LOU should be understandable and executable. The validity period of the document, as well as the procedure for its execution should be directly displayed in the content.

Analyzing the Ukrainian legislation, it can be confidently stated that a number of certain changes or rather, additions, should be introduced to the existing legal acts in order to clearly determine the procedure for its application in the commercial practice of Ukraine. However, it is important to note that the current regulations do not prohibit the use of such a security tool and recognize the existence of an extensive guarantee institution. The Commercial Code of Ukraine provides that, by agreement of the parties, the types of security for fulfilling obligations stipulated by law or those that do not contradict it may be applied. The provisions of the Commercial Code clarify such type of security as a “bank guarantee”, while pointing to the concept of a “letter of guarantee”, but only with respect to a document issued by a bank. The Civil Code clarifies the concept of “guarantee”, and also specifies the requirements and procedure for using this type of security.

Taking into account that all cases of the vessel arrest in one way or another relate to the authorities, it is also recommended to amend the Code of administrative legal proceedings of Ukraine. Undoubtedly, the norms of the Merchant Shipping Code of Ukraine require amendments and additions regarding the release of the vessel from arrest in the event that the maritime claim is secured in the form of the LOU from the P&I Club.

The possibility of recognizing the letter of guarantee of the Mutual Insurance Club, issued in accordance with the requirements of the legislation of Ukraine, was reflected in the decision of the Commercial Court of Odessa region dated May 15, 2020, where the letter of undertaking of the P&I Club was recognized as a financial guarantee against the State Ecology Inspection`s claim. The court noted that in the systemic interpretation of Article 141 and other Articles of the Commercial Procedure Code of Ukraine, it is possible to accept as evidence a financial guarantee of a person in respect of whom there are no doubts about solvency.

This decision of the Commercial court of Odessa region is inherently revolutionary and progressive. This is actually the first case when the court describes and recognizes an international financial instrument – the Letter of Undertaking of the P&I Club in the process of securing a maritime claim and declares the possibility of its use taking into account all regulatory requirements. This decision clearly explained the terms of use for the Letter of Undertaking in Ukrainian jurisdiction against the Maritime claims of State Authorities, Prosecutor’s office and other third Parties in Ukrainian courts, and the litigation proceedings became understandable for all shipowners, covered by P&I Clubs’ protection “umbrella”.