Militarization of customs and ports in Mexico 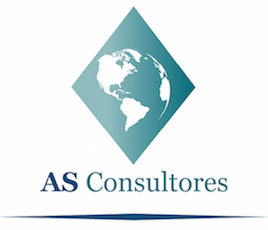 The present year has brought an enormous amount of changes and surprises to the world, and Mexico is no exception. Due to the globalization process, every situation happening at a world level, affects our institutions, economy, people, jobs, etc. A perfect example of this are the recent events happening in the Mexican government, such as the militarization of national customs and ports.

During the month of July, the president of Mexico Andrés Manuel López Obrador, expressed that SEMAR (Secretary of the Navy) and SEDENA (Secretary of National Defense) would be responsible for the administration of customs in the country. This has caused concerns since we can talk about militarization of the foreign trade.

The main argument that justifies this decision deals with one of the biggest problems in Mexico: corruption. SEMAR and SEDENA apparently will try to control the entrance of drugs and guns by increasing the level of security. Many have already spoken out against these measures, arguing that it is impeding the international trade of goods.

Cases have increased in which military elements, without any justifiable reason, subject the cargo to indiscriminate review only because it seemed no reliable. According to the Mexican president, the decision was made owing to a poor administration that customs and ports were receiving, but many others think that this has been a sudden decision taken without a clear strategy, which probably will cause  many problems, being one of them the increase of costs on the trade operations in Mexico.

The United Nations Office on Drugs and Crime (UNODC) point out that Mexico isn’t adjusted to the requirements that the inspection of containers need. This means that the lack of technology was an important role in the decision of militarizing customs and ports, so the control over them had to increase. The elements that military forces will bring to national security are modern intelligence systems and surveillance programs that only they can use.

However, the strategy is very limited and will be a matter of time before the military presence begins to denote negative points, such as the raise of costs in trading transactions. But why does the cost have to increase? The detention of suspicious goods and containers will be more recurrent, this means that the government will receive more taxes from people trying to recover their goods. This is no secret, since the General Administrator of Customs mentioned that one of the goals is the tax collection.

Even though it is one of the biggest topics in Mexico now doesn’t mean that is something new, since the armed forces had already taken control years ago of some ports. The only difference nowadays is that it turned out to be the perfect excuse of an “economic revival” in hard times such as the current COVID-19 pandemic.

Until now there are 16 names of people of the military field about to be in charge on 16 out of 17 maritime customs, among the people named to take responsibility of the customs there are vice admirals, ship captains and rear admirals. They will coordinate, surveillance and work together with the SAT (Tax Administration Services), to control and maintain the order within the operations. So we’ll just have to wait until this new scenario starts to have its impacts and see what the actors that are part of the foreign trade industry have to do, in order to be resilient to this wave of changes.