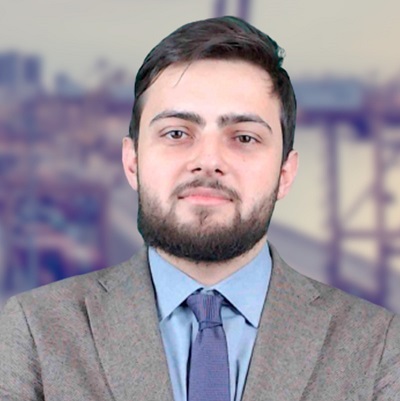 Ukraine has long been an active party to international business relations; therefore, the issue of recognizing foreign judicial and arbitration awards in Ukraine is a vital and crucial element.

First of all, we would like to assure that the institution of recognizing international arbitration and foreign judicial awards in Ukraine is working successfully. This right is provided by the Ukrainian legislation; based on our practice, such a procedure is not a novelty for Ukrainian courts, so you may expect a successful outcome if some requirements and rules are properly implemented.

Since recognition issues are mostly of concern to lawyers or business owners, we have answers to the most frequent questions among our clients and we hope they will be useful to you.

Question 1: Which legislation provides such procedure in Ukraine? Are there any ratified international acts upon this issue?

The Ukrainian legislation upon this issue includes the Civil Procedure Code of Ukraine, the Law of Ukraine “On Private International Law”, as well as treaties between Ukraine and other countries – they are relatively few. The issue of recognizing international arbitration awards is governed by the relevant Convention 1958, while there is no international convention regulating the procedure for recognizing foreign judicial awards.

Question 2: In which case you may apply for enforcement of the award?

If you are lucky, and you have international arbitration or judicial award in respect of Ukraine, having entered into force, you should pay attention to the following two aspects:

– The debtor shall be either resident of Ukraine or legal entity registered in Ukraine;

– The debtor shall have property in Ukraine.

Question 3: Does it matter, which property may serve as grounds for accepting an application on recognizing and initiating court proceedings?

Although none of the above Ukrainian legislative acts serves as grounds for such an approach, courts often reject accepting applications whereunder jurisdiction of Ukrainian courts is based on location of the Debtor’s movable property in Ukraine (it usually includes commercial vehicles: sea-going/river vessels, aircraft, cars).

However, exceptions to such rules are very rare. Recently, we succeeded in recognizing London International Arbitration Award, given that at the moment of applying to the court, the Debtor’s vessel called at Ukrainian sea port for loading.

Question 4. How can you apply to the court, based on the debtor’s vessel location at the moment of filing an application, if the vessel leaves territory of Ukraine during case consideration?

Here you should pay attention to the following two aspects:

First, anything is possible with good practice – even ship arrest, until considering the issue of recognition and enforcement of the award at the territory of Ukraine. This is not a simple procedure, but in our practice there are cases when we arrested the Debtor’s sea-going vessel simultaneously with filing an application for recognizing the award against it.

Secondly, the Ukrainian procedural legislation surprisingly does not stipulate that the Debtor shall have this property during considering the application and issuing award, so formally there are no grounds for rejecting to satisfy the application on recognizing award for that reason.

Question 5: Where do you need to apply?

Of course, the path of justice is not easy. The party may need not only to justify by means of appropriate evidence the fact of a foreign judicial award, its entry into force, but also the foreign court’s competence to consider the dispute with the defendant engaged.

The court’s additional questions are largely caused by active position of the defendants, who, by using all means permitted and not permitted by law (including procedural diversions), try to prolong the trial or to facilitate dispute reconsideration on the merits by Ukrainian court. Each aforesaid case entails additional risks, time and expenses for the claimant.

With regards to the above, you should understand that recognition of foreign judicial awards in Ukraine should not be treated just as formal process of certifying by Ukrainian court the foreign court verdict. It is quite typical of Ukrainian courts, while considering applications for recognizing foreign judicial awards, to consider issues related to dispute consideration on the merits, which is naturally used by opponents, at least in order to prolong the trial.

Therefore, the best recommendation is the following: if you want the process of recognizing your award in Ukraine to go smoothly and you do not want to lose the already won decision, we strongly recommend you to apply to the professionals.