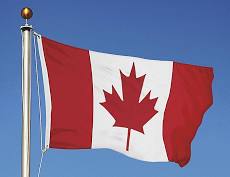 Ontario’s Ministry of Transportation (MTO) has suspended the operating licenses of as many as 39 trucking businesses as a result of their participation in the so-called “Freedom Convoy” of truckers and supporters that occupied downtown Ottawa for nearly three weeks. These comprise 12 suspensions of Ontario based companies and 27 suspensions affecting out-of-province operators.

The identities of the companies affected were not made public.

Interestingly, the action is taken by the provincial ministry, which has general jurisdiction over commercial operations and use of highways, and indeed the provincial governments are responsible for most of the pandemic-related shut downs, lockdowns, and public health rulemaking, while the protest itself targeted the federal government based on its jurisdiction over cross-border travel.

Many commentators have connected this mismatch between the provincial source of regulations and the federal target of outrage with right-wing and far-right activists who prefer to target a distant liberal  Prime Minister rather than their own Premier, who is more likely to be conservative (conservative parties are currently in government in seven of ten provinces including Alberta and Ontario), and the convoy attracted significant attention and financing from American donations prior to the shut-down of its gofundme page.

Convoy organizers Tamara Lich and Chris Barber were both arrested following the invocation of the Emergencies Act by the Federal Government in a final, and successful, attempt to remove the blockade. The Emergencies Act has since been lifted.