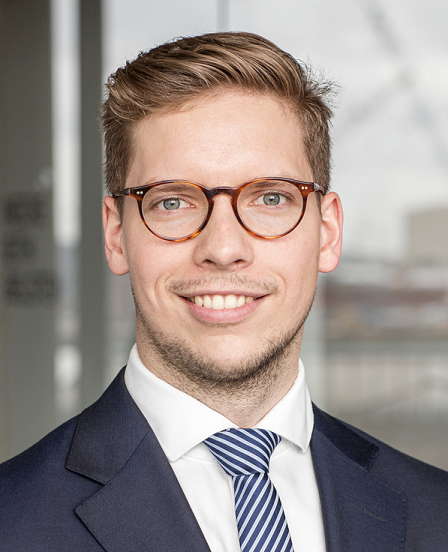 The parties were in dispute about damage that occurred to goods while they were being stored during transit. The plaintiff sold a used injection moulding machine to a customer in India and commissioned the first defendant to transport it from Germany to the recipient in India. The first defendant took over the shipment on 4 December 2013, and, on the same day, handed it over to the intervening party, who was supposed to stow the shipment in a container and then transport it to the ship. The intervening party placed the box containing the machine in an outdoor storage area near the second defendant’s property boundary. The second defendant had several containers stacked on his premises.

On 4 December 2013, the Port Authority warned the residents of an approaching storm. The next night, the containers belonging to the second defendant fell onto the first defendant’s box during the storm, causing damage to the machine.

The Higher Regional Court of Hamburg ruled that the damage which occurred during the first defendant’s period of care did not constitute an unavoidable event pursuant to section 426 of the German Commercial Code. Pursuant to this section, the carrier shall only be released from its liability if even a particularly conscientious carrier could not have avoided the damage by exercising the utmost care that could reasonably be expected of it.

The decisive factor is the behaviour of an ideal carrier, which must: pay a degree of attention, skill and prudence that goes beyond the usual; and within the bounds of human possibility, demonstrate vigilant and appropriate behaviour, taking into account knowledge that, according to general experience, would help to avoid dangerous situations as far as possible, even if they do not originate from the carrier’s organisational sphere.

Damage caused by weather and weather conditions are generally not unforeseeable or unavoidable because the ideal carrier would inform itself comprehensively in this respect and take the necessary precautionary measures, whereby it would also prepare for a worst-case scenario. The first defendant (and thus the intervening party) should have recognised the risk that the second defendant’s containers might not be able to withstand the wind pressure.

The first defendant argued that the intervening party: would not have been able to tell whether the containers were empty or whether they had been connected by a twist-lock system; and had not been entitled to enter the neighbouring property and make inquiries about the containers stored there.

However, the Court held that this argument did not lead to the assumption of an unavoidable event. In any case, it would have been apparent to the intervening party that, based on his knowledge, he could not judge whether and to what extent the containers on the neighbouring property had been at risk of being blown over by a storm. If so, he should have either consulted the second defendant or taken the precautionary measure of placing the box elsewhere.

The crucial question in this case was in which situations a damaging event could be regarded as unavoidable for the ideal carrier. The interesting aspect of this decision is how the Court construed the first defendant’s liability, even though it was the second defendant’s containers that fell over the border onto the machine.

The Court’s argument that the first defendant should have consulted with the second defendant or placed the box containing the machine in another location as a precaution might be more convincing if it had been apparent to the carrier that damage could be caused by the containers falling over the border onto the box. However, since the second defendant’s containers had been stacked high, close to the border, the ideal carrier should have recognised the possibility of damage occurring due to the containers falling over during the storm. As a result, the decision is justifiable.