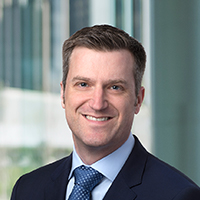 What began as a straightforward dispute between an importer and Maersk[1] over demurrage charges incurred during the heart of the COVID-19 pandemic has now become a major retaliation complaint before the Federal Maritime Commission (FMC).

In a brief submitted to the FMC earlier this month, OJ Commerce, LLC (OJC), an e-commerce retailer whose business includes the direct import of household goods and furniture from Asia and Brazil for sale in the United States, accused Maersk of multiple violations of the Shipping Act.  OJC has levied serious allegations that Maersk and other large carriers leveraged their position as the world’s largest ocean carriers, the Shipping Act’s antitrust immunity provisions, and the unprecedented demand for space aboard their vessels during the pandemic to price gouge their customers.[2]  As OJC’s lawyers put it, Maersk’s “modus operandi is to flout the law and rake in profit.”

The core of OJC’s allegations are that Maersk retaliated against it by violating previous contractual obligations and unreasonably refusing to negotiate or renew its service contract with OJC after OJC threatened to lodge a complaint with the FMC for what it believed were Maersk’s violations of the Shipping Act.  Specifically, OJC’s brief claims that Maersk: “has flaunted its own power and dominion in and outside of court by (i) charging exorbitant rates far higher than any in shipping history, (ii) refusing to honor contracts, (iii) levying outrageous demurrage fees, (iv) engaging in blank sailings to manipulate space, demand and pricing and (v) retaliating against shippers that dare to complain.”

OJC and Maersk entered into a service contract in June 2020, which was to run until the end of May 2021.  This agreement originally specified a volume/quantity commitment for 400 TEU. Under the contract, OJC was originally entitled to 8 TEU/week, but  Maersk’s commitment was increased to 10 TEU/week in August 2020.  OJC took issue with Maersk’s failure to provide the minimum number of TEU and other aspects of its performance under this contract, and sent demand letters threatening to take legal action, including a complaint to the FMC for alleged violations of the Shipping Act.  During the same timeframe, the parties had also begun negotiations for a second service contract that was to cover the balance of 2021 and 2022.

According to OJC, the primary negotiators reached an agreement that would resolve the issues under the first service contract and implement a second service contract, but Maersk’s management almost immediately reversed course and refused to finalize a new contract with OJC because if its threat to file a complaint with the FMC.  According to its brief, this eleventh hour reversal left OJC unable to conclude a contract with another carrier and forced it to pay substantially more to secure space for its cargo on the spot market.

OJC’s latest filing highlights significant items from the depositions and discovery obtained from Maersk to date.  These include statements from a Maersk risk manager in internal documents that Maersk would have difficult defending what he characterized as a “very bad case for us.”

The damages OJC seeks against Maersk are “massive,” according to its latest filing, but the precise amounts are unknown because specific financial information of the parties is redacted.  Further, OJC claims that Maersk has failed to provide the complete information about its spot market pricing and other information relevant to its damages claims.  The damages OJC seeks include the following categories of allegedly lost profits: (1) losses caused by Maerk’s failure to meet its minimum TEU commitments during fiscal year 2020, (2) losses caused by Maersk’s failure to provide regular weekly shipments during fiscal year 2020, (3) losses due to OJC’s need to pay spot rates for containers in fiscal year 2021and (4) additional losses caused by Maerk’s failure to renew its service contract with OJC during fiscal year 2021.  In addition to double damages under the Shipping Act’s anti-retaliation provision[3], OJC’s sanctions request seeks to bar Maersk from challenging any of its claimed damages.

Maerk’s responsive brief is not available as of this writing, nor has the FMC entered its final findings and conclusions.  As such, any lessons learned from this proceeding should be considered preliminary.  However, assuming that the FMC awards some level of damages and sanctions, the amount and  severity of these awards may well signal its approach and set expectations for litigants in retaliation and breach of service contract cases going forward.  The maritime transportation industry will no doubt be watching further developments in this case with great interest.

[1] The relevant Maersk-related entities are referred to collectively as “Maersk” in this comment.

[2] Maersk has reimbursed OJC in full for the original disputed demurrage charges.