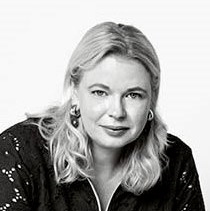 The District Court Zeeland – West-Brabant rendered a judgment on 1 June 2022 in a case concerning damage sustained to a consignment of hatching eggs containing live embryos from Northern Ireland to Turkey (ECLI:NL:RBZWB:2022:2963).

Road transport by Dekkers on behalf of Aviagen from Northern Ireland to Turkey of a consignment of 26 pallets of hatching eggs containing live embryos. Dekkers carries out the first part of the transport itself, but outsources the route from Tilburg, the Netherlands to Turkey to KNB. KNB in turn engages Flay for the same route. After an accident in Germany, in which the vehicle overturns, the entire shipment is destroyed. Vivat, as Dekkers’ liability insurer, pays damages to Aviagen. Dekkers and Vivat then seek recourse against KNB and Flay. Pending the proceedings, Vivat (disappearing legal entity) merges with Nationale Nederlanden  (acquiring legal entity).

The CMR applies to the transport by virtue of Article 1 paragraph 1 CMR. In addition, on the basis of a (tacit) procedural choice of law, Dutch law applies.

Dekkers and Nationale Nederlanden changed the name of Vivat to Nationale Nederlanden by deed, but no suspension in the sense of Article 225 Dutch Code of Civil Procedure (“DCCP”) took place. The underlying purpose of Article 225 DCCP is to serve the interest of the legal successor (here: Nationale Nederlanden). The legal successor is given time and opportunity to investigate the state of affairs. He can then make a decision on whether or not to continue the proceedings. The court must decide as much as possible between the parties actually interested in the legal relationship in dispute. Moreover, if a litigant ceases to exist pending an instance and is succeeded by another under a general title, this legal successor continues the instance as a litigant in its own name without the requirement that the original litigant still participates in the legal dispute as such (Dutch Supreme Court 7 October 1994, ECLI:NL:HR:1994:ZC1478). Defendants’ interests are not harmed by the party change. After all, Article 6:145 Dutch Civil Code (“DCC”) provides that the transfer of a claim does not affect a debtor’s defenses. The party change is therefore permitted.

Dekkers and Nationale Nederlanden paid damages to Aviagen and its insurer. In addition, they paid expert fees and there was an excess under the policy. Thus, the interest in their claims is given.

To prove force majeure, the carrier must show that it took all measures reasonably required of a diligent carrier under the circumstances to prevent the loss or damage. In this case, the defendants have the burden of asserting (and, if contested, proving) that force majeure existed. The burden of proof has not been met. The shipment was not delivered when the trailer was parked on the premises of the salvage company in Germany. After all, the agreed place of delivery was Ankara, Turkey. As a result of the accident, the shipment did not arrive at that destination. There is no question of an agreement of will between the parties to deliver the consignment to the salvage company in Germany. The fact that Aviagen and/or Dekkers could (again) actually dispose of the consignment is insufficient in the absence of an agreement of will. Thus, the damage occurred within the carrier’s liability period.

The concept of damage must be interpreted treaty-autonomously, with the context and the object and purpose of the CMR being the basis for interpretation. Article 17 paragraph 1 CMR harbors an obligation of result on the part of the carrier and thus also provides protection for cargo interests. Where appropriate, the concept of “substantial physical change” may be invoked, but this is not a strict requirement. If, based on the concrete facts and circumstances of the case, it is established that goods are no longer usable as a result of an incident en route, there may also be talk of ‘damage’ within the meaning of Article 17 paragraph 1 CMR. The expert reports show that the embryos were very sensitive to rough handling and temperature fluctuations. The accident exposed them to precisely this. Given the shelf life on the one hand and time already lost as a result of the accident and the salvage operation on the other, carrying out a spot check – and waiting for the outcome – could not have provided relief here. The damage claimed could therefore be eligible for compensation under the CMR due to the total loss of cargo.

The accident was the legally relevant cause of the damage to the shipment. The instructions given (or not) by Aviagen after the accident can therefore in this case not constitute a ground for exemption from liability as referred to in Article 17 paragraph 2 CMR.

Packaging need only protect against normal transport risks. The packaging of this shipment did not have to protect against the impact of the accident. As the packaging was suitable for this transport, Flay cannot rely on Article 17 paragraph 4 opening words and under b CMR.

The circumstance that Aviagen may have chosen to destroy the shipment in its entirety to protect its intellectual property rights does not mean that the damage resulted from a special danger inherent in the nature of the goods (Article 17 paragraph 4 opening words and under d CMR). Given the examples mentioned in Article 17 paragraph 4 sub d CMR and the fact that there must be a special danger, an intellectual property right does not fall within the scope of this paragraph.

Dekkers et al. paid damages to cargo interests at the SDR rate applicable at the time. This rate determines the damages that the defendants must pay. It would be unreasonable to make the consequences of an interim rate change the responsibility and risk of the first carrier. In this way it is also consistent with the system of Article 37 CMR.

When estimating damages under the CMR, the shipping value must be taken into account, plus the costs of transport to the destination plus the costs en route. Other costs such as excise duties, expert’s fees (if they have not served to limit the damage) and extrajudicial collection costs are in principle not eligible for compensation. An additional legal system chosen to change this (such as, for example, a reliance on Article 6:96 DCC) would be contrary to the provision of Article 41 paragraph 1 CMR. The expertise costs are therefore not eligible for reimbursement. The freight for the Northern Ireland-The Netherlands route – which Aviagen did not pay to Dekkers – does qualify for compensation under Article 23 paragraph 4 CMR.